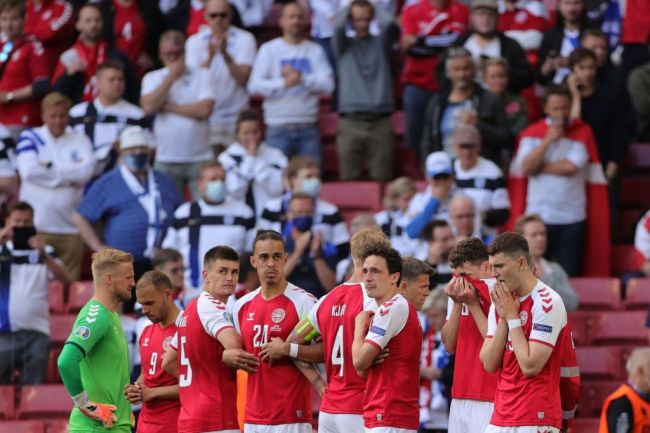 Speaking to Good Morning Britain, the 57-year-old Schmeichel — the most capped player in Denmark history with 129 appearances — said the UEFA presented the Danish team with three options following the near-death of 29-year-old midfielder Christian Eriksen.

According to Schmeichel, the options were as follows: play immediately, play at Noon the next day, or forfeit the game by a score of 3-0.

Additionally, Schmeichel also took exception to the fact that UEFA seemed to be positioning the decision to resume the match as if it were made by the players.

“I actually saw an official quote from UEFA yesterday saying that they were following the advice of the player, the players insisted on playing. I know that’s not the truth, Schmeichel said. “They were left with three options.”

One was to play immediately and get the last 50 minutes playerd. The next one was to come in yesterday at 12 noon and finish the 50 minutes and the thirdo option was forgeit the game 3-0.

Schmeichel believes this ultimatum did not leave the Danish national team with much of a choice in the matter:

“Did they have any choice really?” Schmeichel asked retorically. “I don’t think they had.”

Denmark forward Martin Braithwaite agreed, saying: “We had two options, none were good. We took the least bad one. There were a lot of players who weren’t able to play the match. They were elsewhere mentally.”

At this time, Eriksen’s condition is reportedly stable as he undergoes further tests to discover the root for the cardiac arrest, which forced doctors to use resuscitative measures such as chest compressions and defibrillation. Denmark’s team doctor Morten Boesen has since confirmed that Eriksen’s heart had stopped: “He was gone.”

In a statement to Gazzetta dello Sport, Eriksen expressed thanks to all who have been supportive of him:

“Thank you, I won’t give up. I feel better now – but I want to understand what’s happened. I want to say thank you all for what you did for me”.

Denmark will resume their Euro 2020 run on Thursday when they take on Belgium.