Luke Rockhold Goes Off About Fighter Pay And Dana White Amid Upcoming Bout Vs. Paulo Costa At UFC 278 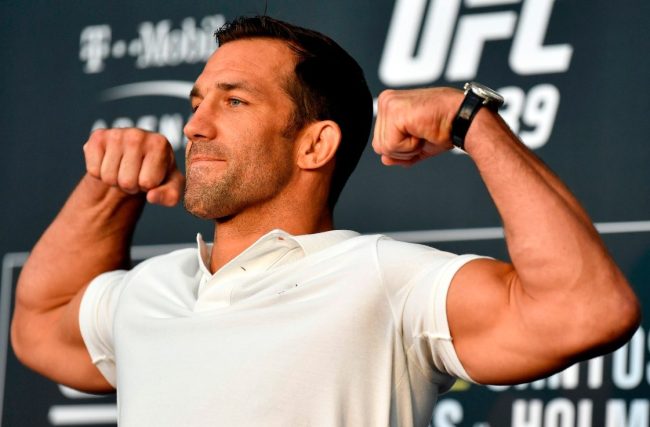 UFC 278 is right around the corner and fight fans are ecstatic for the main card. Luke Rockhold is set to take on Paulo Costa in what should be a great middleweight matchup. However, on Wednesday, Rockhold had some choice words about fighter pay, Dana White, and healthcare.

According to MMA Junkie, the middleweight contender didn’t hold back when discussing fighter pay and healthcare. He is openly critical of Dana White as well, claiming the fighters today let the UFC President “run the show and suppress the sport.”

From there, Rockhold made sure to express his point about healthcare, as the UFC currently doesn’t have any healthcare plans in place for retired fighters. The only care the athletes receive is if they sustain an injury during training or in an event. It’s certainly something Dana White and other sports organizations should look into, as it’s a smart way to protect the athletes once they retire.

It’s awesome to see a veteran call it as he sees it. Luke Rockhold clearly felt it was necessary to say something, especially since fighter pay has been a topic of debate over the last few years. We’ll see if any changes are made in the UFC down the line, but that will all depend on Dana White.

Look for Rockhold to get back in the win column after suffering two losses in a row. He has his handful on Saturday night though, as Paulo Costa is one of the most dangerous fighters in the middleweight division. If he can secure the victory, then the UFC veteran could be back on track for another title shot.