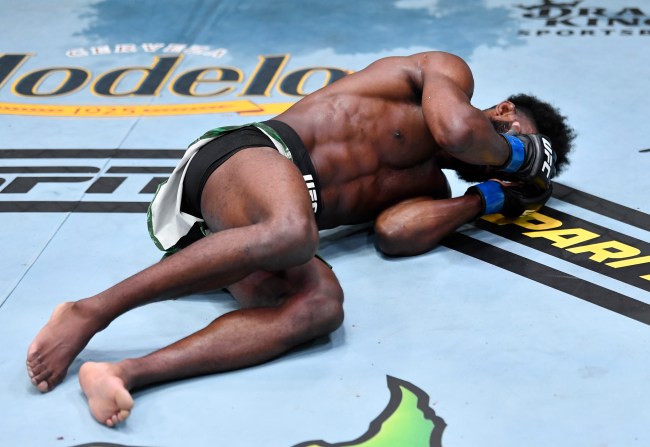 In the fourth round of his fight against Petr Yan, Sterling was subject to an illegal knee to the head while still on the ground.

The cageside doctor took a look at Sterling and determined he couldn’t continue which resulted in Yan getting DQed.

The doctor has called off the fight after speaking to Aljamain Sterling, who was struck with an illegal knee by Petr Yan at #UFC259 pic.twitter.com/oRLduQfraV

Despite the fact that it was the doctor who made the final ruling, several current and former UFC fighters accussed Sterling of faking his head injury.

He got concussed and he couldn't fight but he could conduct a full ass interview and tweet after… this is why an Olympic gold medal is greatest accomplishment an athlete could do! But hey @funkmasterMMA at least you know you could make it Hollywood. And I’m not evening hating pic.twitter.com/YNUUMRfbvs

And the Oscar goes to @FakeMaster for Best Actor in a Title Fight and Petr Yan needs a crash course in the rules of the sport he was once champion in. Hey Petr now you’re a cheater too, bitch.

Why the fuck interview him, if he is so concussed ??