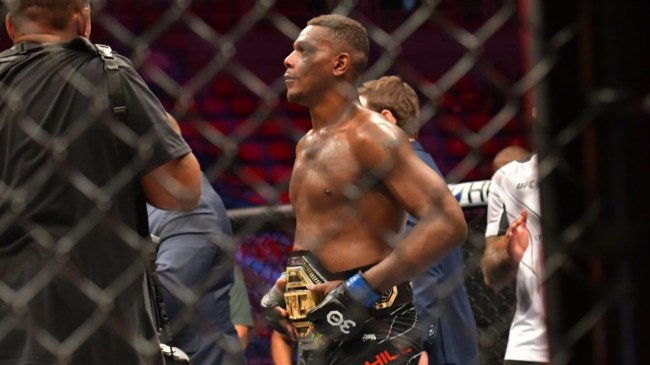 Over the weekend, the UFC crowned a new Light Heavyweight Champion for the 3rd time in 15 months.

This time around, it was Jamahal Hill who earned the belt for the first time by defeating former champion Glover Teixeira by unanimous decision in a lopsided fight.

Now he has another former champion calling him out for the next shot at the belt.

Jiri Prochazka also won the belt in a fight with Teixeira back in June. In that fight, Glover was the reigning champion in the division and was ahead on the scorecards heading into the 5th round, but Prochazka slapped on a late rear-naked choke to take the belt.

Unfortunately, Prochazka never got the chance to defend the belt as a shoulder injury removed him from a rematch with Glover and led to him vacating the belt.

With Hill now holding his vacated belt, Jiri made it clear in a recent video that he’s coming for Hill.

Today, Hill hilariously responded to Jiri’s callout with a video of his own.

While Prochazka’s return timetable still isn’t clear, a fight between him and Hill is one of the two fights UFC fans are most excited for right now.

Both fighters are dangerous strikers who would likely lead to an exciting title fight.

The other name in the mix right now is Ankalaev, who can make a strong case that he has the best resume of the 3 and has strong wrestling that the other 2 don’t possess.

Whatever the UFC decides should come next, the light heavyweight division has plenty of compelling matchups available at the top of the division for 2023.