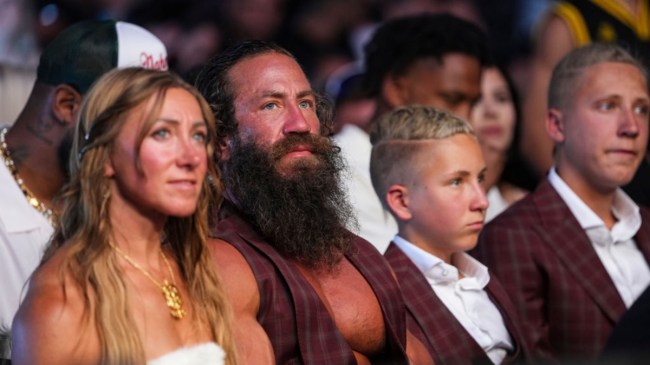 Paulo Costa and Patricky Freire have taken on some huge challenges over the course of their respective MMA careers.

Costa has taken on some of the biggest names in the UFC’s middleweight division and even challenged Israel Adesanya for the division title belt.

Patricky Freire made his name competing in some Bellator’s earliest lightweight tournaments. He made it to the finals three times in those tournaments and also once challenged Michael Chandler for the lightweight belt. He’s also taken on former UFC Lightweight Champion Eddie Alvarez during his time with Bellator.

Despite these great challenges both men have faced, they’ve likely never faced a challenge in their MMA careers that quite stacked up to the opponent facing them today.

Today, Costa and Freire took on the Liver King in his domain. They took part in a liver eating contest today at a Bellator event before tomorrow’s Bellator 286.

As you can see from the video, the contest went about how you’d expect with Liver King happily working his way through his liver while the other two struggled to keep pace.

Patricky will be hoping his brother has better luck tomorrow. Patricio Freire headlines the Bellator 286 card as he attempts to defend the featherweight belt he reclaimed from AJ McKee back in April.

He’ll take on Adam Borics, who has only ever been handed 1 loss in his 19-fight MMA career. That loss came at the hands of former bantamweight champion Darrion Caldwell, but he has won 4 consecutive decisions since that fight.

He’ll be a tough test for Patricio, but he certainly won’t be nearly as intimidating as the Liver King and a plate of liver.