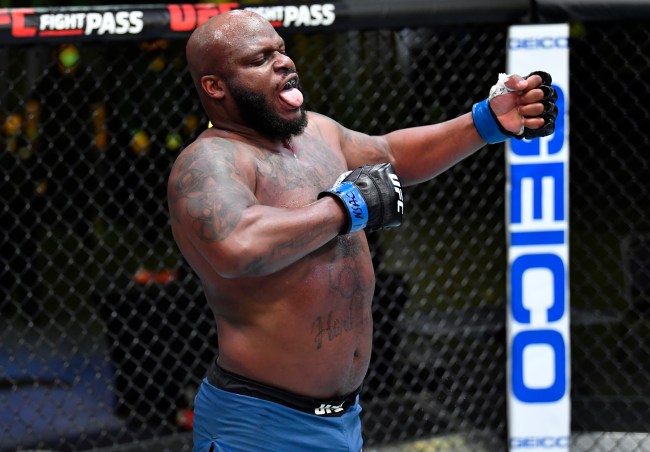 UFC’s Derrick Lewis might be the funniest guy in MMA history.

On Saturday night, Lewis viciously knocked out Curtis Blaydes in the second round of their fight at UFC Vegas 19.

After the fight, Lewis gave us another hilarious one-liner when joking about the Texas winter storm during his postfight press conference.

Derrick Lewis: "I understand the reason why it was so cold in Houston, because my hot balls wasn’t there the whole week, y’all was freezing. So I’m coming back tomorrow, the news says it’ll be 70 degrees, so we looking up." #UFCVegas19

Lewis on why it was so cold in Houston.#UFC pic.twitter.com/nYv6eNG9mZ

Lewis is of course referencing the time he told Joe Rogan his “balls was hot” after a fight two years ago at UFC 229.

"My balls was hot!" 🔥🤣@Thebeast_ufc's answer, @joerogan's response – one of the great moments inside the Octagon 😂