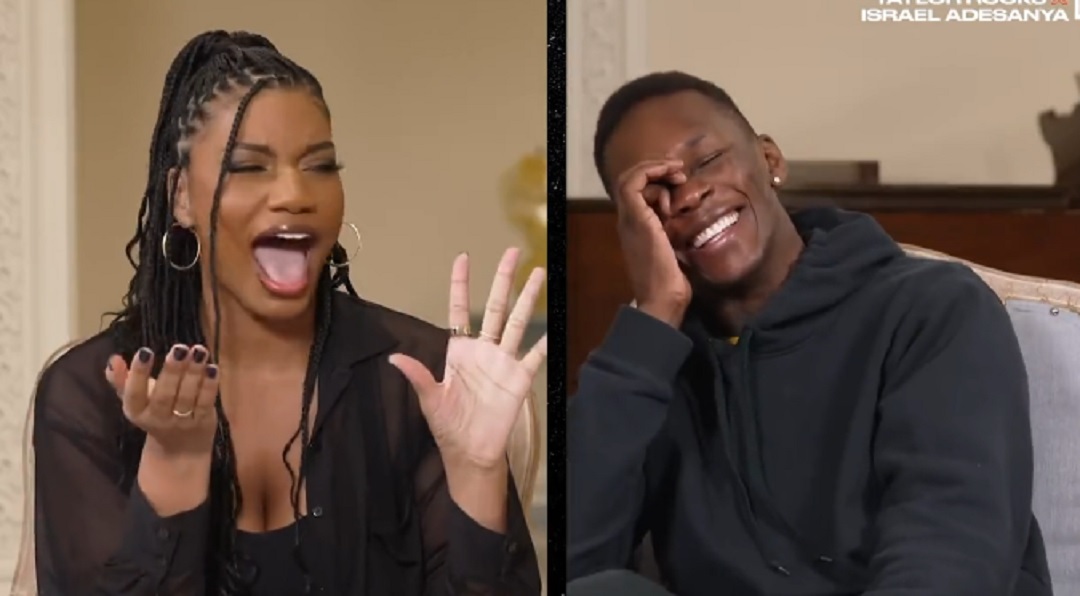 Adesanya is currently in New York promoting his big fight against Brazilian kickboxer Alex Pereira at UFC 281 in Madison Square Garden over the weekend.

During a sit-down interview with Adesanya, Rooks asked him what’s the craziest thing he’s done to make weight.

The UFC middleweight revealed that he once “busted a nut” to make weight.

One thing about this job….you never know what you’re going to hear lmao

Asked Israel Adesanya the craziest thing he had to do to cut weight. We weren’t …expecting the response

Adesanya: “Back in the day when I was an amateur, when I was really young and didn’t have a fight dietician, I wasn’t in the UFC…I busted a nut to make weight.”

Adesanya went into more detail when Rooks followed up by asking how much did the nut weight.

At the time I was young and I was in that whole, no (sex) before a fight and yeah, a few grams came off, 100 grams

Fans were stunned by Adesanya’s confession.

Nothing could’ve prepared me for what I just heard lmaoooooo https://t.co/wk6AB2GhSD

Izzy did what dawggg??? You could've gave me 44 billion guesses and I never would've said this 🤣😂🤣 https://t.co/KFyHeLU4CA