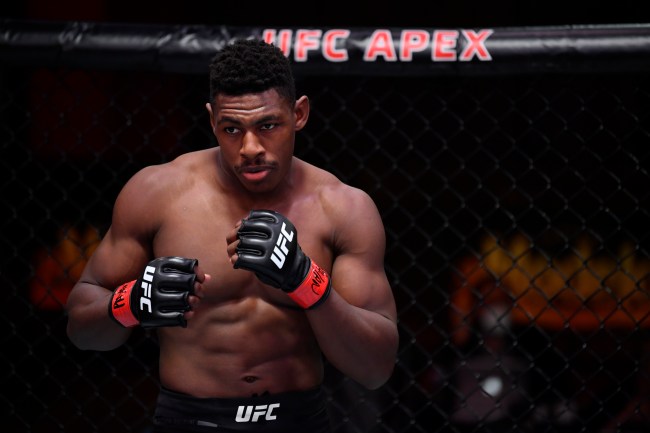 UFC’s Joaquin Buckley has quickly become a rising star in MMA but he’s making sure the fame doesn’t get to his head.

Earlier this year Buckley became an overnight star when his spinning kick KO at UFC on ESPN 37 became a viral hit.

How about THAT knockout from EVERY angle!? 😱

Joaquin Buckley is back at #UFC255 this Saturday! pic.twitter.com/Fx1eZZO1dv

On Saturday, Buckley collected his second %50,000 knockout bonus this year after he knocked out Jordan Wright at UFC 255,

NOT JUST A ONE HIT WONDER 😳

🎥 @NewMansa94 adds another highlight to his reel!

Despite the influx of money and fame, Buckley told TMZ that he continues to hold down his full-time job at Walgreens until he’s able to get his own apparel business off the ground.

“Besides the UFC, and they give me these big checks, I still don’t have a business of my own, so I need to just keep working and still having that working mentality and work ethic, so I’m just gonna keep holding down the job,” Buckley told TMZ. “Now if I’m able to make a business for myself and start up a business for myself, which I think is a perfect opportunity to try and start right now.