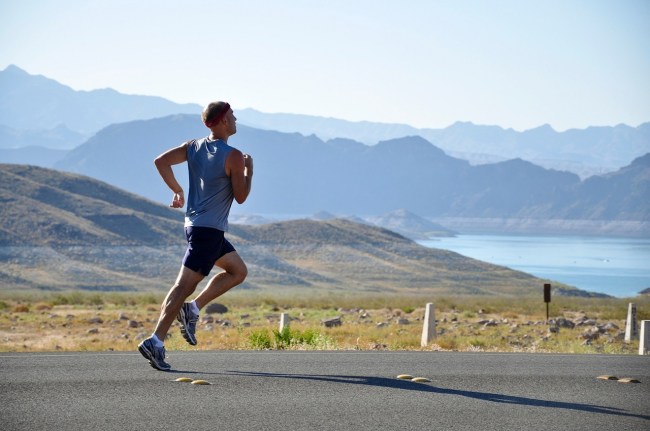 Common knowledge dictates you have to adhere to a pretty strict diet if you want to be a competitive athlete (as Eddie Lacy learned the hard way a few years back, subsisting on “China food” isn’t going to do you any favors).

Sure, you might not have to go to the lengths Tom Brady does in the kitchen (although it may not be as restrictive as you’d think) but you’re usually going to have to count calories and care way too much about whatever the hell a “macro” is if you want to stay in shape.

Of course, everyone deserves a good cheat day every now and then, as a person can only survive on skinless chicken breasts and brown rice for so long before they start to go insane. With that said, cheat days and game days don’t normally overlap but it appears there’s an exception to that rule in the form of ultramarathon runners.

Every year, some of the world’s craziest people flock to Death Valley for the right to slap a “135” sticker on the back of their Subaru by competing in the Badwater ultramarathon, which covers (you guessed it) 135 miles of terrain.

Business Insider spoke with a couple of this year’s participants to get some insight into how they prepare for the competition, and while they maintain a strict diet ahead of the ultramarathon, the same can’t be said for what they eat on race day.

It turns out junk food is the meal of choice for most runners, as the outlet reports they’ve have turned to Pop-Tarts, Twinkies, donuts, and other not-so-healthy snacks to fuel up. One of them explained the science behind the choice, saying, “It’s already processed when we put it in our body. Our body has one less thing that it has to do to that food so, essentially, we’re saving energy.”

Sure, the whole “135-mile” thing sounds pretty miserable but I can definitely get on board with that diet.