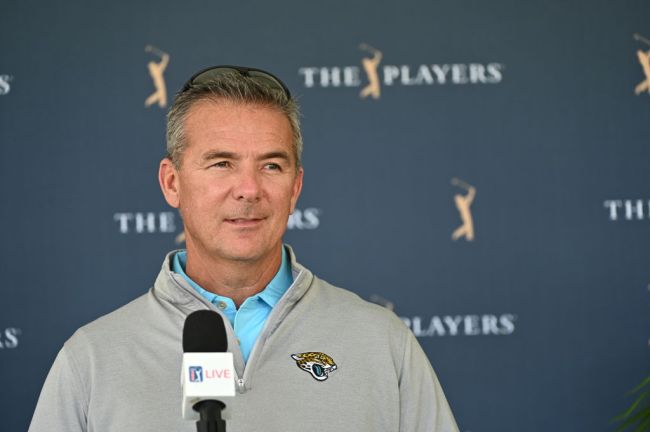 If there’s one concern Jaguars fans have with the team hiring Urban Meyer as its new head coach, other than him simply not winning football games, it’s that he may just be testing to see if he still has the ability to coach at a high level. And, if he does, he could perhaps bolt for the college ranks where he’s had tremendous success.

Meyer has zero experience coaching at the professional level, who is to say he’s going to like the dynamics of the NFL compared to the college level? Maybe he does an above-average job in the NFL for a couple of seasons, he finds out he’s okay from a health standpoint and takes over a Power Five program.

Given these hypotheticals, it’s totally fair to ask Meyer about the possibility of him returning to the college coaching ranks, which is exactly what Peter King recently did during a recent interview. King specifically asked him about Nick Saban, who left LSU to take the Dolphins job, spent two seasons in Miami, said he wasn’t going to take the Alabama job, but ultimately did.

Meyer explained that there’s no chance he is going to pull a Saban.

“Zero chance of that happening,” Meyer said. “What coach Saban went through, I don’t know. That’s coach Saban’s business. It’s completely different, my mind is set. There’s going to be some losses show up here that we’re not used to, and to say that’s going to be easy, no, that’s going to be miserable. I hate losing, and we all do. But the reality is that you’re going to lose. Hopefully, you win more than you lose, but that’s something that’s going to be new to me. I have to get my mind right, and I’m working on that.”

Jags fans can take Meyer’s comments however they please, but may not want to wholeheartedly believe everything he said. It has nothing to specifically do with Meyer, it’s just the nature of the beast when it comes to coaching, coaches bounce around, they lie, opportunities present themselves, and they often act on what they believe is the right thing to do.