Life Inside The U.S. Open’s Bubble Within The Bubble Seems Excruciating 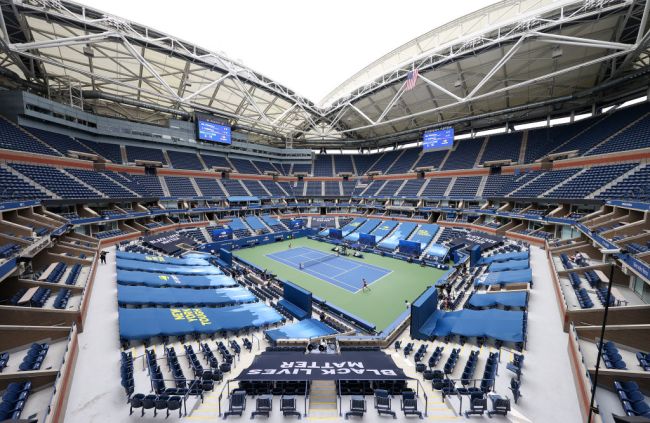 The 2020 U.S. Open is officially underway in New York and just like every other sport these days looks entirely different without fans and new health and safety guidelines in place. While players are in a bubble, there is actually a bubble within the bubble that takes strict living to an entirely different level.

On Sunday, Benoit Paire of France tested positive for the coronavirus. He was disqualified from the tournament and the seven players who were in contact with him were put within the bubble within the bubble.

One player that was in close contact with Paire was Kristina Mladenovic who practiced and played cards with Paire. She’s since tested negative twice and went on to win her opening match on Monday, but life inside the double bubble seems to be taking a toll.

“The 30th seed from France said she is not allowed in any of the players’ facilities or public spaces within the regular bubble, which has taken a mental toll since the new protocols went into place, according to the New York Post.

“It’s been very tough the last two, three days for me, emotionally, nerves,’’ Mladenovic said. “I am basically in a new bubble in the bubble. There’s very much I’m not allowed to do, which makes it very tough for me to compete and mentally be fresh and ready.”

Adrian Mannarino is another player that was in close contact with Paire and she explained specifics regarding the protocols. Player meals are delivered to their hotel room, elevators are forbidden and they have to take the stairs, which is a problem seeing as how her hotel room is on the seventh floor, plus each player has separate transportation.

Not being able to see another human other than on the grounds of the tennis complex and then forcing players to walk up and down seven flights of stairs to leave the hotel building sounds less than ideal.