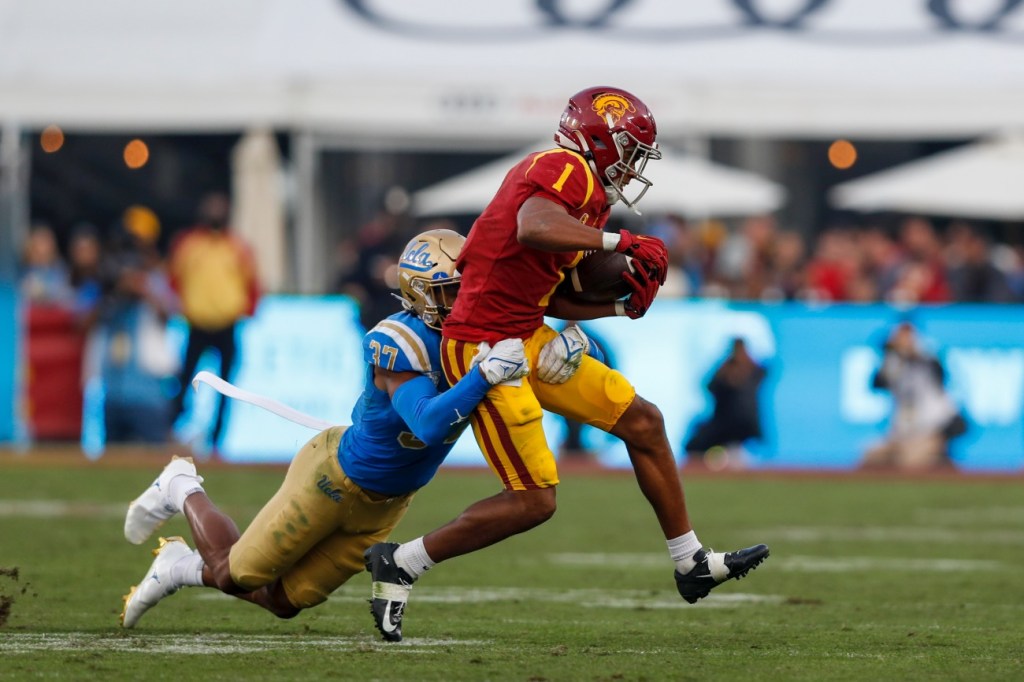 The college football world was stunned on Thursday afternoon after Pac-12 insider Jon Wilner dropped a bombshell report. CFB fans were stunned as Wilner broke news that USC and UCLA are planning to leave the Pac 12 for the Big 10 as early as 2024.

Conference realignment has accelerated in recent years. The Texas Longhorns and Oklahoma Sooners will soon make the jump to the SEC. Make no mistake of it, this will be a MASSIVE loss for the Pac 12 conference.

USC and UCLA are two of three biggest football programs in the conference, historically speaking. USC has 37 Pac-12 championships, leading all teams, and UCLA is tied for 2nd with 17.

A lot of college football fans questioned this bombshell report from Jon Wilner about USC and UCLA leaving the Pac-12 within the next two years. But other CFB insiders are already corroborating the report. Here’s what we know so far and how the College Football world is reacting.

Source: USC and UCLA are planning to leave for the Big Ten as early as 2024. Move *has not been finalized* at the highest levels of power.

Source tells me that there is a lot of truth to @wilnerhotline report about USC and UCLA in discussions to leave for the Big Ten. My understanding is USC and UCLA reached out to the Big Ten.. certain legal parameters and bylaws need to be followed for obviously legal reasons. https://t.co/2NSDv8YtWA

This is the last helicopter out of Saigon syndrome. B10 and SEC will be making $80 million per school, at least $30 million more than the next conference. I'd check the leanings of Clemson, Florida State and Miami right now.

Pretty much sums it up:

So entire programs have entered the transfer portal.

SEC and Big Ten basically become the AFC and NFC. Maybe the next step is recognizing the athletes as employees and letting them collectively bargain the terms of their employment.

FYI: Big Ten is working on its next television contract right now.

Devastating for the non-revenue generating sports for sure.

This is where it’s all headed…

Just got off the phone with someone who believes this eventually leads to two megaconferences — the Big Ten and SEC — with 20 or more members apiece.

Just going off the name, it sure seems like the Big 10 is about to have 16 teams and they’ll need to change their name. And the Pac-10 is going to need to go scrambling for some new members or they’ll need to change their names. Furthermore, the guaranteed bowl games alotted to various conferences certainly needs to be looked at in the coming seasons as these programs switch sides.