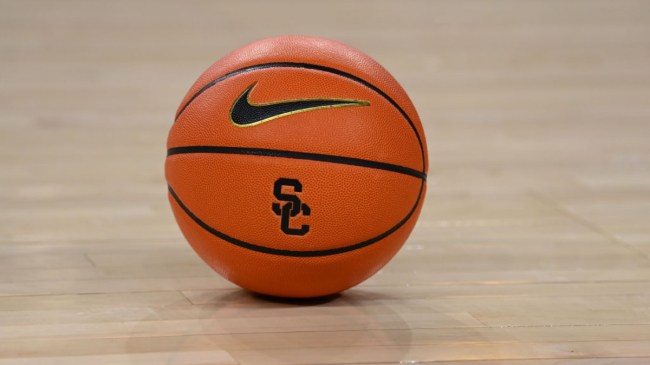 No school in the country is having a better week than USC.

Yesterday, their women’s basketball program landed the number 1 recruit in the 2023 class when they got a commitment from Juju Watkins.

According to 247 Sports, the top recruit in the 2023 men’s recruiting class will also be playing college basketball for the Trojans as Isaiah Collier has committed to USC.

BREAKING: Isaiah Collier, the No. 1 player in the Class of 2023, has committed to USC 🏀

There is some debate over where Collier actually stands in the ranking for next season. While 247 Sports has him as the top recruit, their composite ranking has him 4th and ESPN has him 6th on the ESPN 100.

Regardless of where he actually slots in on the rankings, landing Collier is a big win for the Trojans. USC hasn’t landed many recruits that we’re ranked inside the top 20 over the last decade.

With Collier joining their 2023 class, the Trojans now have the 10th ranked group for next season. He’ll team up with the 51st ranked recruit in the nation, Arrinten Page, and the 103rd ranked recruit, Silas Demary Jr, who both committed to the program last month.

The Trojans will hope he can help the team take care of the ball after they turned the ball over more than 12 times per game last season and have turned it over more than 15 in 2 of their first 3 games this year.