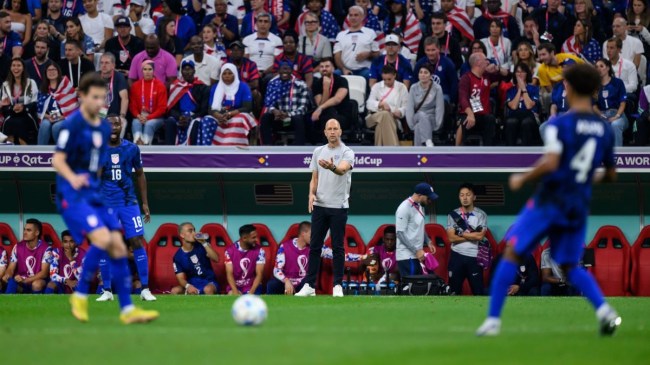 The United States has done it! The US defeated Iran 1-0 in a gutwrenching Group B match at the 2022 FIFA World Cup to advance to the round of 16.

Manager Gregg Berhalter and company entered the match knowing that nothing less than a victory would do. Thankfully, they delivered. Superstar Christian Pulisic delivered a first-half goal in the 38th minute and the Yanks clung to the lead from that point on.

Pulisic came out of the game at half after suffering an unfortunate injury to his nether regions during the goal. Thankfully, his attacking abilities weren’t needed the rest of the way. The US stood resolute in defense and despite Iran trying their best to goad the referee into a penalty, they couldn’t breach the Yanks’ back line.

The victory sends the USA into the knockout stage of the tournament. That begins on Saturday at 10 a.m. when the US squares off with powerhouse The Netherlands. The Dutch won two of their three games in Group A and drew the other to take 7 of 9 possible points.

US fans were over the moon following the victory after failing to qualify for the 2018 FIFA World Cup in Russia.

They wrote us off before the tournament even started and now we are in the next round 🇺🇸🇺🇸😤😤😤🥲🥲 #FIFAWorldCupQatar2022 https://t.co/jznmCfwlof

It wasn’t easy. And it wasn’t super fun! But we’re moving on!