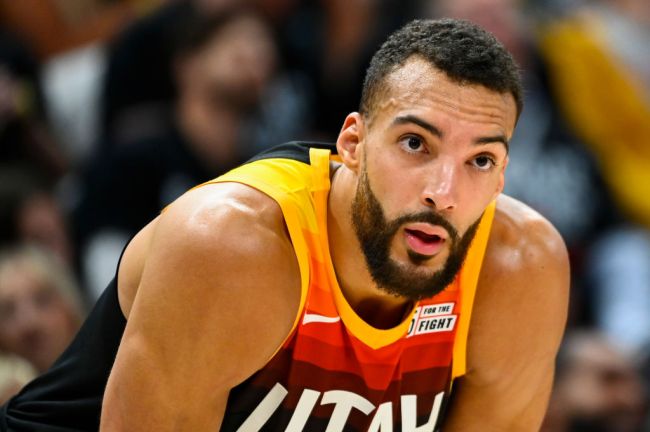 After 9 seasons with the Utah Jazz that have seen Rudy Gobert rack up a number of individual accolades, including 3 Defensive Player of the Year awards, it seems he may soon be playing for another organization.

For a while now, there have been rumors circulating about a rift between Donovan Mitchell and Gobert that would eventually lead to the Jazz trading one or the other. Near the end of the NBA season, there were even reports that Gobert could be traded to the Golden State Warriors.

Despite the players repeatedly denying the validity of these rumors, there are new reports that not only are the Jazz interested in trading Gobert, but they are already engaged in talks with the Atlanta Hawks.

Bleacher report’s Jake Fischer reported earlier today that the Jazz and Hawks are discussing a deal that would see Gobert go to Atlanta in exchange for some combination of Clint Cappella, John Collins, Kevin Huerter, and the 16th overall pick in this year’s NBA Draft.

The offer could include some combination of Clint Capela, John Collins, Kevin Huerter and No. 16 overall pick, per @JakeLFischer pic.twitter.com/xu9K6XtC4R

The Athletic’s Tony Jones also reported that there were talks about Gobert being traded to the Hawks, but he says the Jazz were offering Gobert and Bojan Bogdanovic to the Hawks in exchange for John Collins, De’Andre Hunter, the 16th overall pick, and a future pick.

REPORT: The Utah Jazz called the Atlanta Hawks and offered Rudy Gobert and Bojan Bogdanovic for John Collins, De’Andre Hunter, the 16th overall pick and a future round pick.

What do you think Hawks Fans? pic.twitter.com/MCD6xkgv5N

If the Jazz really are ready to try and rebuild after repeatedly making early exits in the playoffs, this could be an appealing way to do it. They would secure a couple of talented young players and a couple of picks while also clearing a ton of cap space.

For the Hawks, Gobert would provide them with something they badly missed this season. Gobert actually plays defense. Right now, it just seems like a certainty that he’ll be playing that defense somewhere besides Utah next season.