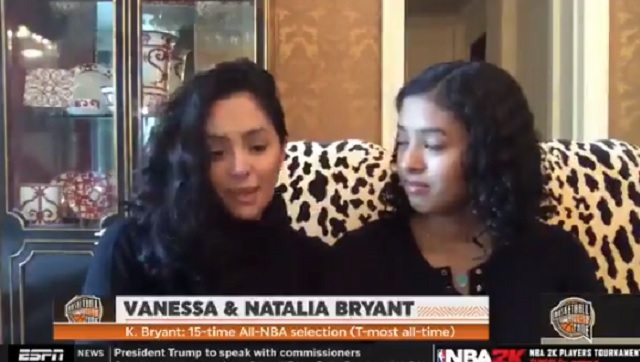 Just a little two months after his death, Kobe Bryant has been inducted into the basketball hall of fame with other greats Kevin Garnett and Tim Duncan.

He was one of the greatest competitors who stepped on the court and made sure his impact was felt on both sides of the ball. He is ranked 4th on the NBA’s career points list (33,643). We congratulate posthumously 5x NBA Champion Kobe Bryant. #20HoopClass pic.twitter.com/dw9WOlt1Gj

Kobe, Tim Duncan & Kevin Garnett will be inducted into the Basketball Hall Of Fame.

Still waiting for Webber to make it pic.twitter.com/25uNUIZTcY

After the hall of fame, induction was made official Kobe’s widow Vanessa Bryant spoke to ESPN about the accomplishment, calling it the “peak” of Kobe’s NBA career.

Vanessa Bryant on Kobe Bryant being inducted into the Basketball Hall of Fame today. "We wish that he was here with us to celebrate but it's definitely the peak of his NBA career." pic.twitter.com/cqHr0shYSL

It’s an incredible accomplishment and honor, and we’re extremely proud of him. Obviously, we wish he was here with us to celebrate, but it’s definitely the peak of his NBA career and every accomplishment that he had as an athlete was a stepping stone to be here.”

“All of us can trust that this basketball Hall of Fame honor is one Kobe would, and will, deeply appreciate.”

The Lakers also released a press release to honor Kobe after his induction.

“Now, a part of you will live in the Hall with the rest of the all-time greats, where your legend and spirit will continue to grow forever.”

What a journey it's been. Welcome to the Hall of Fame, Kobe. pic.twitter.com/4tLIttRyaW