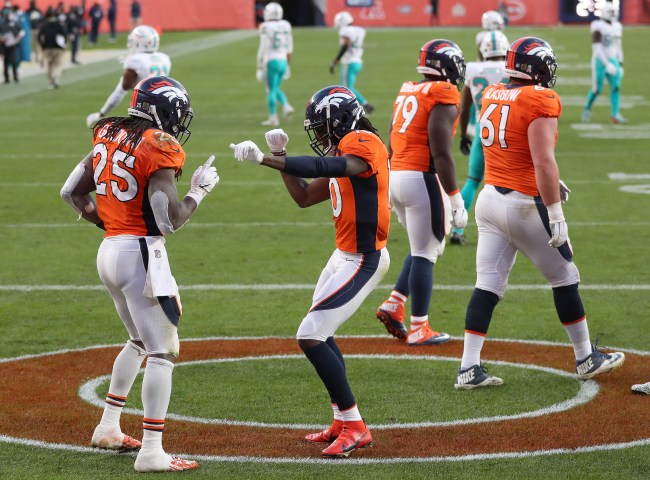 There’s no such thing as free money in gambling.

Sunday’s Dolphins-Broncos game was a hot ticket as a large number of people put their money on the Dolphins at -3.5 because they believed it was a “lock” Miami was going to win.

Biggest lock today, according to where the money is at @FDSportsbook, is Dolphins (-3.5) vs. Broncos.

Dolphins-Broncos is the most bet game by tickets and money today at William Hill sportsbooks.

Locks today, according to where the money is at @dksportsbook:

The Dolphins went on to struggle offensively against the Broncos as they benched rookie QB Tua Tagovailoa and backup Ryan Fitzpatrick wasn’t able to get the team out of their early hole.

The Dolphins loss ended up being a big win for Vegas.

90% of bets were on the Dolphins to cover…

One bettor even lost $75k on the Dolphins. Yikes.

One customer in Pennsylvania has placed a $75,000 bet on the Miami Dolphins to cover -3.5 vs. Denver.