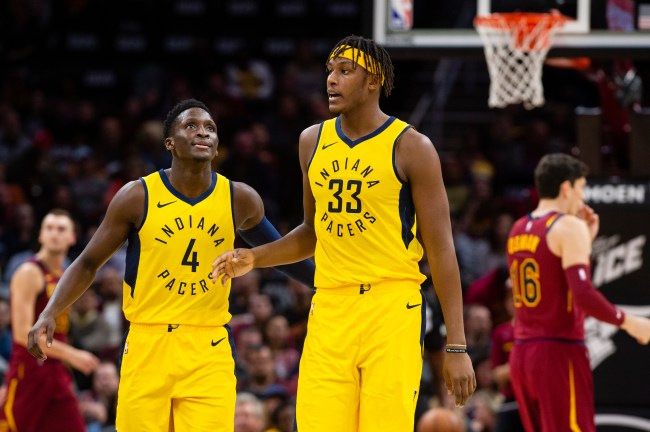 There appears to some drama unfolding in Indiana.

On Thursday afternoon it was reported that Victor Oladipo had told several opponents during the season “can I copme play with y’all?” in front of his Pacers teammates.

That's what Victor Oladipo said to some #Pacers opponents — in front of teammates.

“Can I come play with y’all?” Or some iteration of that puzzling statement.

That’s what Victor Oladipo said — in front of Indiana Pacers teammates — increasing the agitation with the star guard in the locker room, three league sources with direct knowledge of the situation told IndyStar.

After the report made the rounds on the Internet, Oladipo’s sister took to Twitter and implied that Myles Turner may have been the teammate who was spreading lies to the media about her brother. 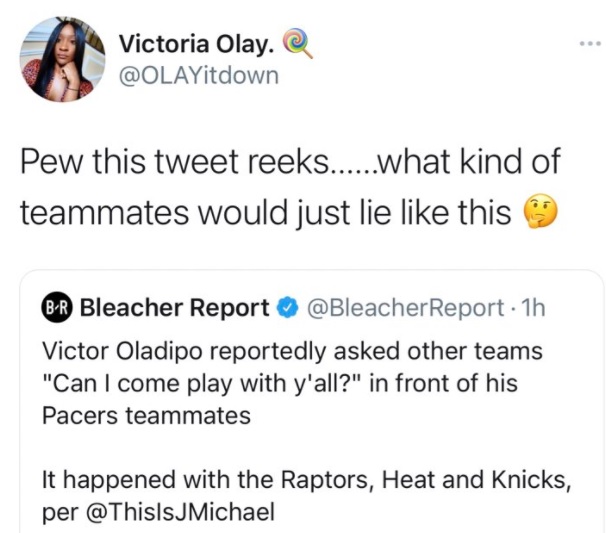 Turner went on to react to Oladipo’s sister accusing him of snitching on her brother. 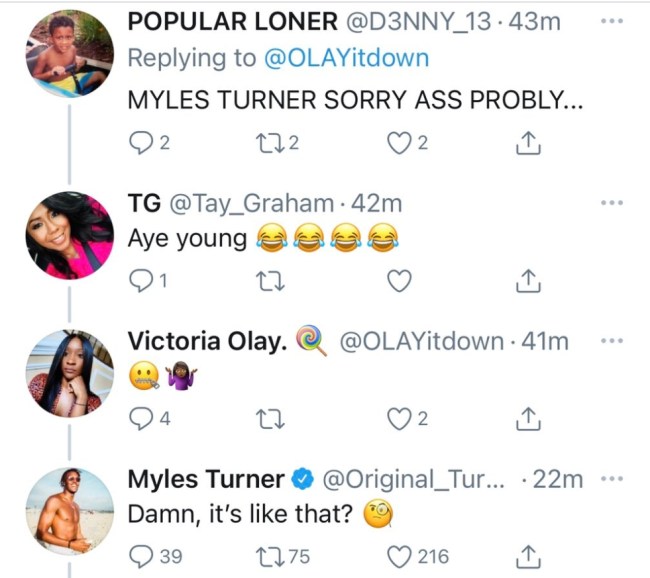 It’s going to be tough to keep both Turner and Oladipo with this kind of drama in the air.