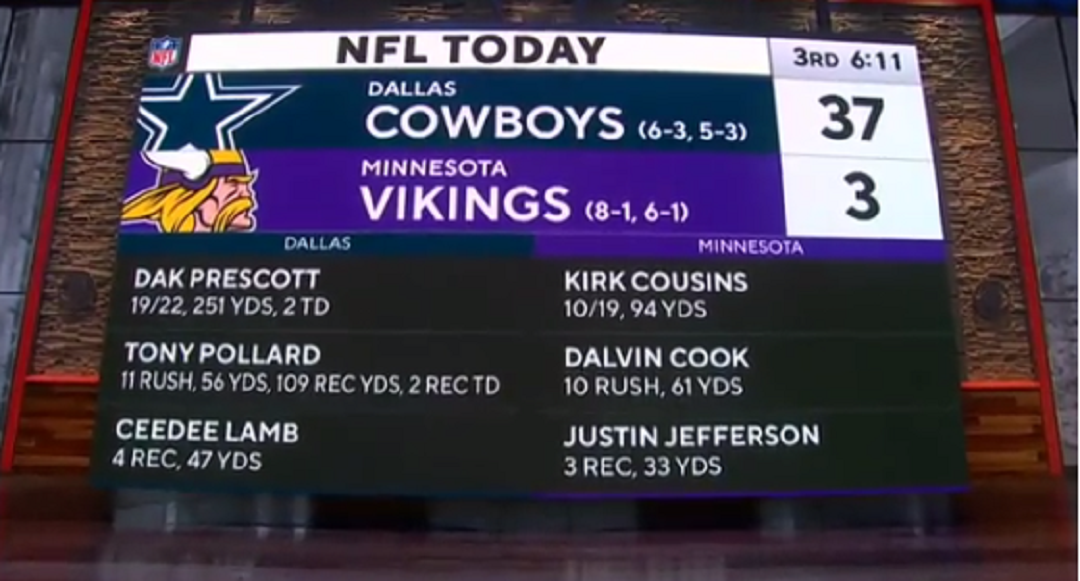 CBS pulled the plug on the Minnesota Vikings with a lot of time left in the game.

On Sunday, the Cowboys put an absolute beat down on the Vikings and were up 37-3 midway through the third quarter.

Things got so bad that CBS switched over the Bengals-Steelers game during the third quarter.

CBS has cut away from Vikings-Cowboys and Bengals-Steelers is now on for most of the country.

Vikings-Cowboys is still in the 3rd quarter.

CBS pulled Cowboys/Vikings in the 3rd quarter because it was 37-3.

Fans mocked the Vikings for their embarrassing effort on Sunday.

The Vikings are losing 37-3 to the Cowboys at end of the 3rd quarter… 😂😂😂
pic.twitter.com/LisPREZmhC