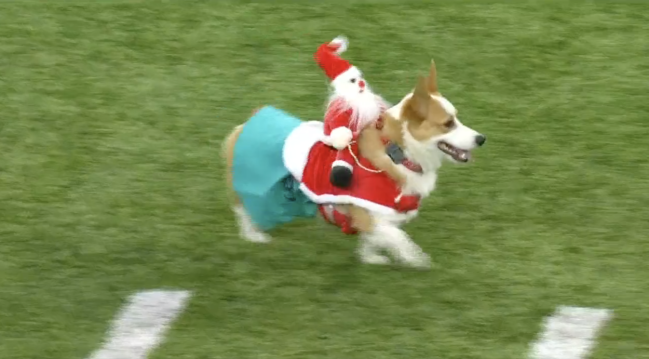 Although the Vikings were losing by six to the Rams at halftime on Sunday, it was impossible for the fans in attendance not to smile during the break. Instead of having some sort of entertainment act, the organization hosted a holiday corgi race.

While the two teams went into the locker room to talk things over, 12 corgis lined up on the 40-yard-line. On the signal, they took off running down field to meet their owners in the end zone.

To add a fun Christmas twist, each of the corgis wore a different colored sweater with a little Santa Claus on the back, so it looked like Santa was riding the corgis. It is the most adorable thing that you will see today.

Might not be anything better than seeing puppies race on a football field with mini Santa's on their backs 🤣 pic.twitter.com/NjkdZ10Kmt

Here is how it looked from inside the stadium.

Watch the red-sweatered corgi from the first position (from left to right) run back to the 40-yard-line after the race was over.

Corgi races including one dog running back to its owner at the end pic.twitter.com/BfvvtCuXkj

The idea, from start to finish, was a great one. And to make things even better, it was a photo finish. It looked like the green-sweatered corgi out of the fifth position crossed the goal line first, but yellow from the fourth spot, red from the first spot and orange from the seventh spot were not far behind. 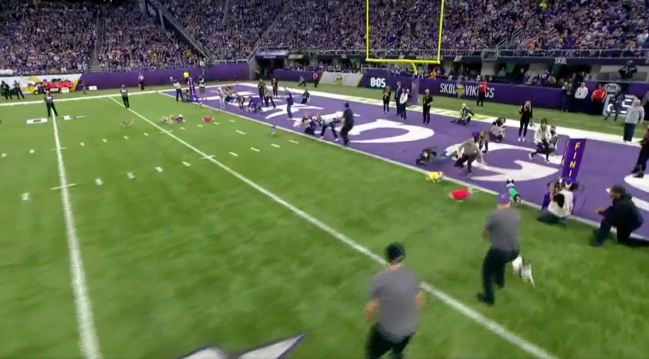 This was not the first corgi race this season. The Jacksonville Jaguars also did the same thing earlier this year.

Where do these teams get all of these corgis? I don’t know, but I am grateful. What a delight!