WATCH: Viktor Hovland Hit The Shot Of The Year Over A Tree For A Ridiculous Eagle 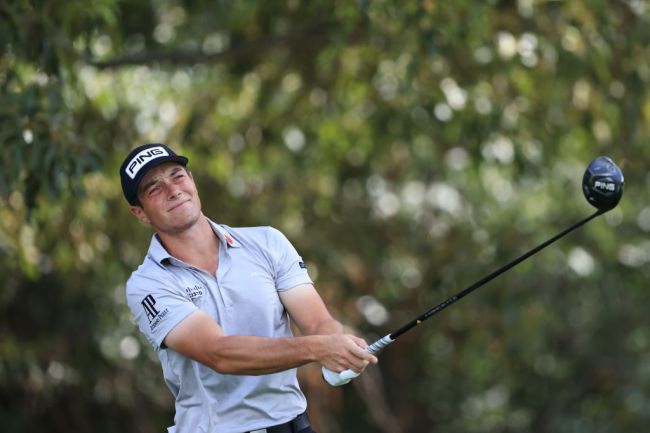 30 of the world’s best golfers began their quest for $15 million at East Lake Country Club in Atlanta, Georgia on Thursday morning. Among those in attendance at the Tour Championship is Viktor Hovland, who just hit the golf shot of the year.

The 23-year-old from Norway is competing in the final stage of the FedEx Cup Playoffs and has quite the climb ahead of him. With a modified scoring system in place, Hovland began the tournament seven shots off of the lead before the first player even teed off.

Fortunately, he has helped himself rise toward the top of the leaderboard with a tremendous first round. After a great start, Holvand bogeyed the fourth hole and found trouble off of the tee on the Par 4 fifth.

Positioned deep behind the trees, he had two choices— hit up and over with hopes of landing on the green, or punch out and lose the stroke. Hovland chose the former and went for the green.

Instead of placing one near the hole, Hovland hit the perfect shot and landed the ball about three feet from the pin. It hit the green, and spun in the hole for an eagle.

It was the shot of the year.

With the incredible eagle, Hovland moved to three-under on the day. The strong first round continued throughout the day and Hovland was tied for second and just three strokes back of the lead through 12 holes.

Regardless of the final result, that eagle is one of the best shots in history. Something for Hovland to hang his hat on.