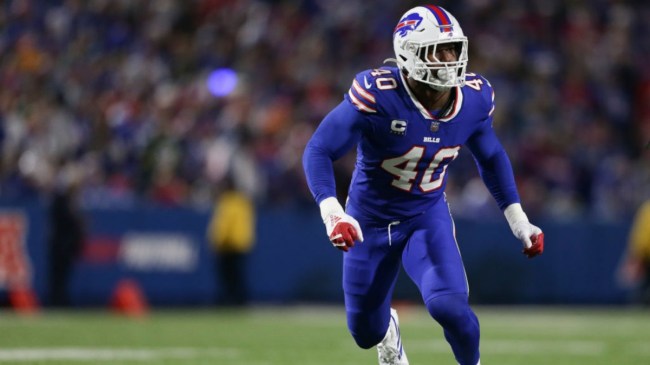 Miller started his recruitment of Beckham back during the offseason, making it clear that he wants a reunion with the receiver he just played alongside last season on the way to a Rams Super Bowl. That recruitment has continued throughout the regular season with Miller remaining hopeful that Odell would join the Bills once he recovered from his knee injury.

With the trade deadline having past and Beckham’s return getting closer, teams around the league have begun to focus on adding Odell to their rosters.

While there are a few other teams interested, it seems like it’s possible that the day Von Miller has been waiting for is getting close.

Miller posted a picture of himself and Odell holding the Lombardi Trophy last season with a clock above it, leading many to believe he’s indicating that it’s time for their reunion.

Could it be OBJ time in Buffalo soon? 👀 pic.twitter.com/2UNAUFbJNl

The fit for Beckham with the Bills has been kind of hard to see dating back back to the offseason. They already have Stefon Diggs and Gabriel Davis starting at receiver with Isaiah McKenzie to play in the slot and Khalil Shakir providing depth. They will also get Jamison Crowder back from IR at some point.

Now they’ve made a trade for Nyheim Hines, who will also be seeing some targets every game in the Bills passing attack. With all of those options for Josh Allen to throw to, there isn’t too big of a role left for Odell to take on even once he’s back at 100%.

Despite that, Miller really wants to team back up with Odell and the Bills’ GM has seemed to be open to the idea.

Even if he doesn’t find a big role, I guess you can’t have too many good players.