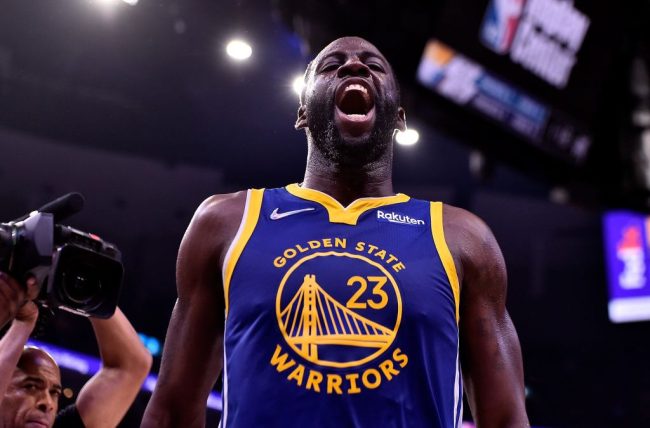 It’s no secret the Golden State Warriors are struggling right now. The team is currently 6-9 after falling to the Phoenix Suns. That’s even after Steph Curry put up a 50-point performance. Everyone is seeking answers as to why they can’t get the ball rolling, but one NBA analyst has an idea that involved Draymond Green.

According to Talkin’ NBA, Greg Anthony blames Draymond Green punching Jordan Poole during the preseason for Golden State’s troubles. Perhaps the Warriors’ power forward rocked more than just Poole, as the team hasn’t quite been on the same page since that moment.

“I go back to when all the craziness started with Draymond Green and Jordan Poole… That is a seminal moment for me. This group is [still] dealing with that… This is not a cohesive unit.”@GregAnthony50 on the Warriors 6-9 start#DubNation pic.twitter.com/kTf0yjt2df

NBA analyst Greg Anthony does make some fair points. Many believed that either Green or Poole would be traded after the video was released. Instead, the Warriors kept them both on the squad. Since then, it’s been an incredibly slow start for everyone besides Steph Curry.

It was a bit of a shock to see the video of Draymond Green’s punch. Especially considering it looked like Jordan Poole was knocked out cold. However, there very well could be a riff within the roster.

Of course, this is simply a theory and not a fact. More information would have to come to light for Anthony’s opinion to hold more legitimacy. Regardless, the Warriors are at the bottom of the Western Conference, which is extremely disappointing considering they’re the defending champions.