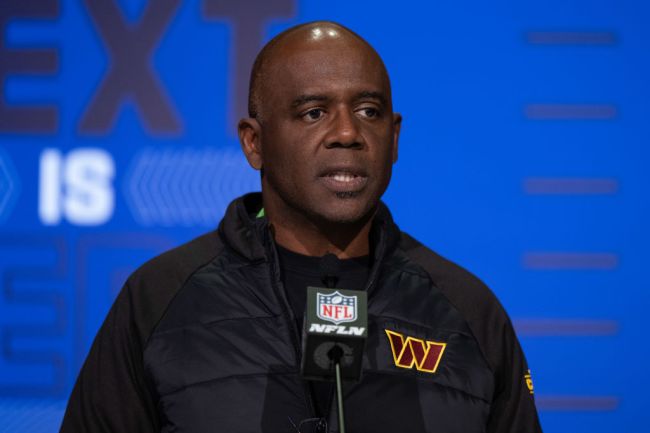 This report lines up with what we’ve heard from the Commanders at the combine this week.

Mayhew told reporters they consider Taylor Heinicke the "ultimate competitor" but they're trying to upgrade…had been told they started a long time ago with a list of around 40 QBs –that likely included college QBs, too. Clearly have pared down. Mayhew said not 3 dozen upgrades

Mayhew also said they have talked to every team that has a QB who they think might be available. Said they have canvassed the league.

While the Commanders’ GM only said that they talked to every team they think might be available, the idea of them contacting everybody is admirable. You never know who might be ready to move on from their QB.

Still, they have pretty much ruined their negotiating position in any deal with this approach. The rest of the NFL now knows how badly they want a new quarterback. It will likely inflate the price of any QB they manage to land. Even the Colts might actually try to get something in return for Carson Wentz now.

There’s a reason we’ve never seen a team try this, but hey, at least the Commanders are doing whatever they can to put together a winning roster.