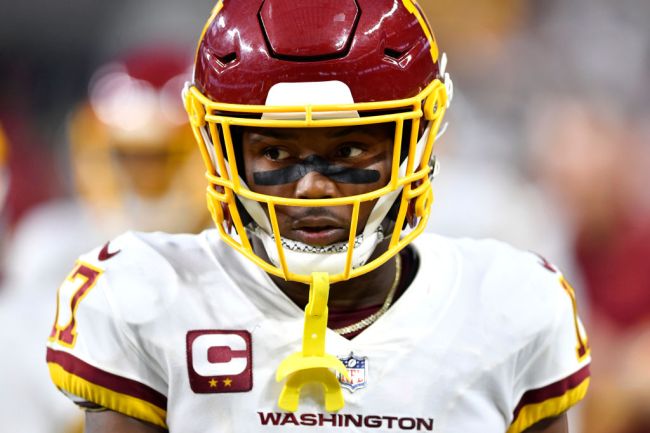 Another member of the 2019 wide receiver class has secured a long-term contract extension.

Throughout this offseason, AJ Brown, Deebo Samuel, DK Metcalf, Diontae Johnson, Hollywood Brown, and Terry McLaurin have all been pursuing raises. Of all of these receivers, AJ Brown had been the only one able to secure the extension he was looking for. Today, the Washington Commanders star joined him.

Adam Schefter reported that McLaurin would be signing a huge extension with the Commanders. That extension will see him make $71 million over 3 years, putting him in the top 5 highest paid receivers in the league.

The new three-year extension for Terry McLaurin includes a $28 million signing bonus, the largest given to any wide receiver, and also has 76.4 percent of the new money in deal guaranteed. The deal contractually ties the 26-year-old McLaurin to Washington through the 2025 season.

McLaurin has given the Commanders every reason to want to lock him up long term. Despite very questionable quarterback play throughout the first 3 years of his NFL career, McLaurin has racked up 3090 yards on 222 catches.

Next season, he will experience the best quarterback play of his career with Carson Wentz throwing him the football. If his first few seasons are any indication, he’ll quickly make this contract look like a good investment for the Commanders next season now that he has a better QB throwing to him.