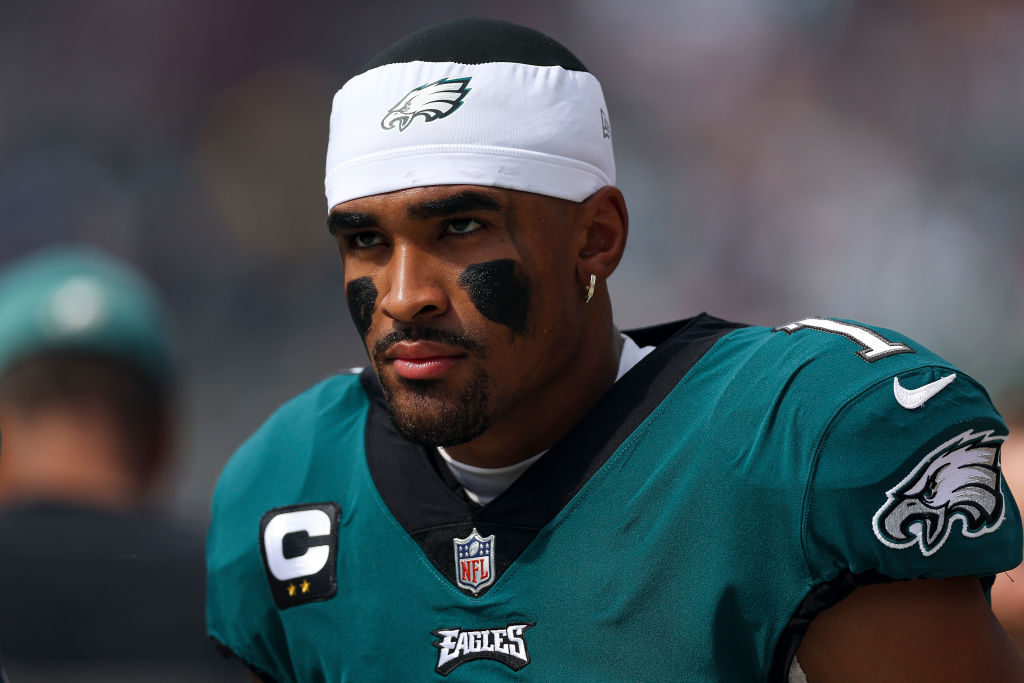 It appears that something always happens when Jalen Hurts plays in Washington.

Earlier this year, fans at FedEx Field nearly fell on top of Hurts due to a faulty railing over the locker room tunnel.

The Commanders have fixed the railings but still, have an issue with fans.

Before Sunday’s game, the Commanders showed off the new railings that were recently installed.

“Leaning on railing is not permitted” pic.twitter.com/k37pGNMSCE

After the game, the railings stood up, but one fan was seen on video throwing beer at Hurts as he left the field.

MVP chants for Jalen Hurts as he leaves the field

And they say Philly fans are classless well there's a Washington fan that threw a beer at Jalen Hurts as he was coming off the field#PHIvsWAS #FlyEaglesFly https://t.co/HacuVONvg2

If it was an eagles fan throwing at an opposing QB it would he national news https://t.co/gZ0koeREpF