Washington Football Team To Start Plus Size Male Model At Center Vs. Eagles 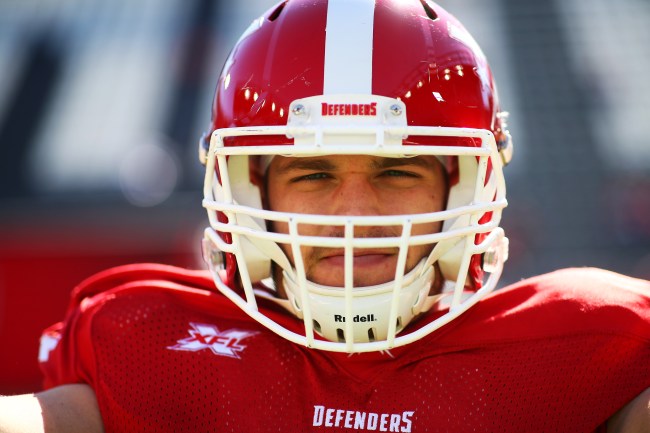 The Washington Football Team, much like what seems to be the vast majority of teams across professional sports, is dealing with significant COVID-19 issues. As a result, the team may be forced to start a plus size male model at center against the Eagles.

Jon Toth, who has been in the league since 2017, was set to start at the position on Sunday. Washington’s game against Philadelphia has since been moved to Tuesday, which might change things, but until players are released from COVID-19 protocol, Toth is the guy.

Washington is down to its fifth starting center, Jon Toth, who doubles as a plus-size male model.

Toth played his college ball at Kentucky and went undrafted after his senior year. Since then, the 27-year-old had spent time on the practice squad for the Eagles, Jets, Browns and Lions. In between his stints in the NFL, Toth started five games at center for the DC Defenders of the XFL before the league was suspended.

Needless to say, he has the experience and the talent. He also has the size.

Toth stands 6-foot-5, 308 pounds. And when he isn’t knocking around defensive linemen on the football field, he uses his brawn to his advantage as a plus size model.

At first, he didn’t take it seriously.

Toth’s fiancé was the one with the idea. She works for AZSN Studio and does styling and fashion for multiple professional athletes.

One day, when searching for clothes for one of her clients, she noticed the lack of burly models and suggested that Toth give it a try. He laughed.

However, back in 2019, she put Toth in touch with the manager at IMG, one of the top modeling agencies in the world. The rest is history.

Since then, Toth has modeled for Calvin Klein and Lands’ End, among others.

“It’s big-and-tall modeling, so you’re supposed to be larger,” Toth said to ESPN. “I’ve always liked staying in shape and being strong, so it was kind of natural for me to stay in the weight room and stay in shape, and it translated to modeling as well.”

Toth has to put modeling aside when he is on an NFL roster, but he always has it to fall back on.

“It’s helped pay the bills while the football stuff has been kind of stagnant,” Toth said to ESPN.

Well, the football stuff is no longer kind of stagnant. As of right now, Toth is set to start at center for the Washington Football Team. At the very least, come Tuesday, Roth, a plus size model, will be on the depth chart for an NFL game. What a time to be alive.

He is single-handedly turning the Big Uglies into the Big Sexies.