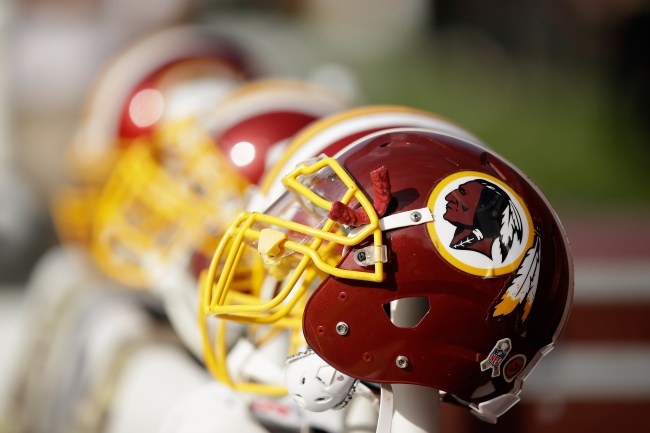 The Washington Redskins are currently looking for a new name after sponsors put pressure on the team to change it due to the fact that many view it as a racist.

The Redskins had reportedly been leaning on renaming the team the “Washington Warriors” but are beginning to get pushback from the media because “Warriors” as a mascot in sports is still considered a Native American trope.

For the past week, fans have been pushing the “Red Wolves” and that name is apparently “gaining steam” as a potential new name for the team.

GOD what a name! S/o the Washington fans pushing for this to happen 🐺 pic.twitter.com/7Cc2GhRg0z

“Redwolves” gaining serious traction in Washington. DL Jonathan Allen hyped the name on Twitch, Compton did below and the fan petition supporting it just passed 3,500 signatures. Redwolves are an endangered species native to SE US, as well as a past support squad for Navy SEALs. https://t.co/f6Pj0A0FBv

The more I think about it, Redwolves (and RedTails) accomplish a lot of what the org seems to want.
– No Native imagery
– Military connection
– Preserving as much of the brand as possible (color scheme, #HTTR, etc)
– Two syllables to fit the fight song (“Hail to the Red-Wolves”)

Fans have started designing jerseys and uniform designs for the “Red Wolves” name.

This is the best total package out there right now. This is the perfect mix of old tradition and new tradition. The historic "R" with a new Redwolves spin.

This should be on everybody's TL because this is heat 🔥 pic.twitter.com/LhQLPDiqLi

Imagine their faces when 50,000 DC Redwolves fans howl after every 1st down. AWOOOOOO! The entire country is going to hate us. And when this fanbase goes on road? Howling on airplanes, tailgates, every opposing stadium? They‘ll curse the day they made us change the name. 😲#HTTR pic.twitter.com/4Pu5xrpTDC

The team has still not announced a timetable for a name change but it seems like fans are enamored with the Red Wolves name.