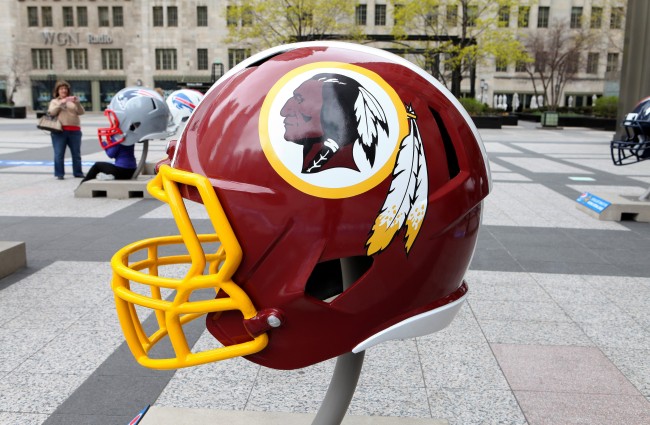 The Washington Redskins are finally changing their name after years of being criticized for being racially insensitive but it appears that they’re having issues changing names.

On Monday, the Redskins officially announced they were retiring the name but according to several reports will not announce their new nickname due to a trademark dispute.

The new nickname will not be announced immediately because trademark issues are pending, the sources said, but insiders were told today that the “thorough review” announced July 3 has concluded. The team felt it was important to remove any doubts as to the future of the name, one source said.

One of the reasons the Redskins may be having trouble finding a new name is because a man named Martin McCaulay has trademarked over 40 potential names including “Red Tails”, “Renegades” and “Red Wolves”.

The problem with the @Redskins approach is that they’ve telegraphed their name change to cash in on some good PR.

This has allowed others a huge head start to file trademarks on the most logical names. Per @WallachLegal, here’s an example of the names one squatter has cornered. https://t.co/7LyysLi5i4 pic.twitter.com/lVigQJfcVi

So whoever “McCaulay, Philip” is, he has registered for all of the following trademarks:

McCaulay was recently interviewed by Richmond.com and he says trademark squatting potential Redskins names has been his hobby for the past five years.

When speculation began to swirl that the Washington Redskins might have to change their name, out of respect to the Native American community, he went on the United States Patent and Trademark Office website and applied for a trademark for the name “Washington Pigskins.”

McCaulay, a 61-year-old actuary who lives in Alexandria, has picked up a number of other potential options. He’s filed 44 claims related to potential Washington team names.

United States law requires that the holder of a trademark actually use the term in question.

McCaulay is aware of the provision, which is why he’s spent thousands of dollars creating team merchandise to back up his claims.

In doing so, he said he’s no ordinary trademark squatter, a term with negative connotation used in similar situations.

“A squatter reserves a name with no intention to use it,” McCaulay said. “I went to the extreme of buying a lot of merchandise, making it my brand, and selling it.”

We’ll see if McCaulay’s gamble pans out in the upcoming weeks.