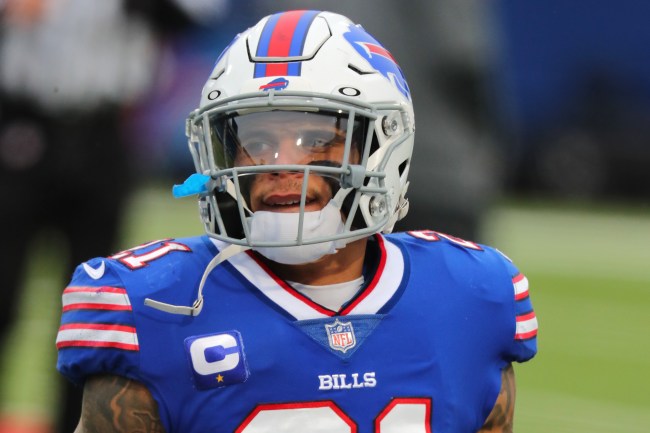 Rachel Bush, the wife of Bills safety Jordan Poyer, had some issues with Chiefs fans at Arrowhead Stadium during the AFC championship game on Sunday.

Late in the fourth quarter, Bush took to Twitter to call out some rowdy fans in the stands who she claims were “disrespectful” and harassed her during the game. 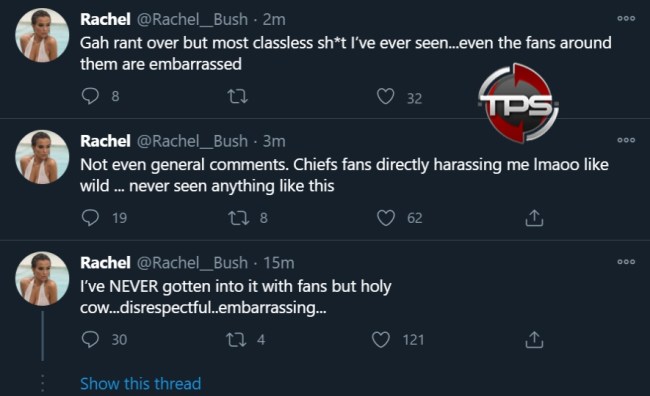 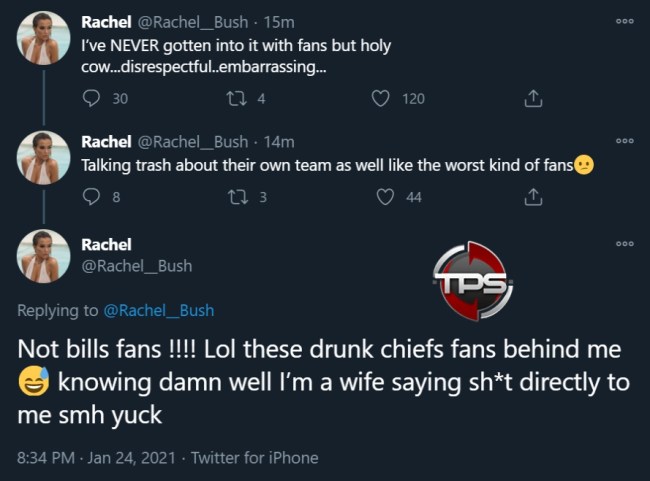 Bush would later clarify that she doesn’t believe that all Chiefs fans are “classless” only the ones that harassed her on Sunday.

For the record too since I know articles will be written lol- not all chiefs fans are awful lol- some were so nice!..just the ones behind me directly harassing us were 👎🏽😅 the rest of their own surrounding fan base was even embarrassed so that’s that lol

Hopefully, Bush has a better time the next time the Bills play the Chiefs in Arrowhead next season.