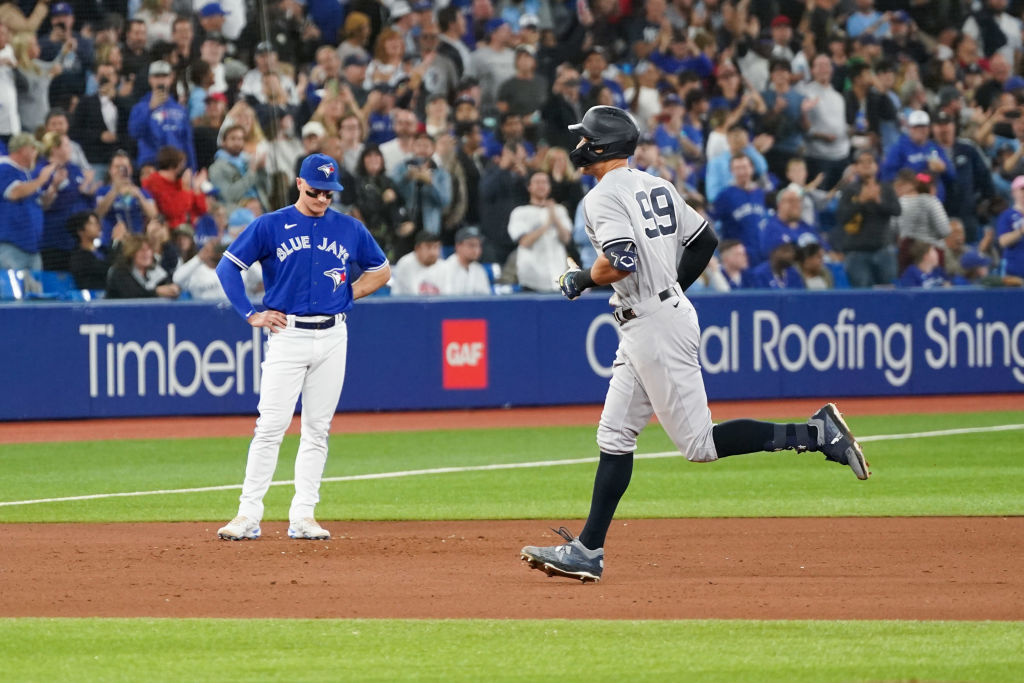 The ball fell in the Blue Jays bullpen and was caught by Buschmann.

Buschmann immediately sent the ball over to the Yankees bullpen instead of selling it.

Blue Jays bullpen coach Matt Buschmann, who ended up with Aaron Judge’s 61st homer, handed the ball over to Yankees reliever Zack Britton, who walked over from the other ‘pen to retrieve it.

Buschmann is married to NFL Network reporter Sara Walsh, who reacted to the entire ordeal on Twitter.

Bad news is I’m down here in Florida battling a hurricane, but the good news is I can announce my retirement…. pic.twitter.com/gbhFSgDZBL

Oh cool. He just handed that back without checking to see if our house is still here? I’d next like to announce our divorce. pic.twitter.com/37HmHIoomS

Buschmann told his wife that he felt giving the ball back was the right thing to do.

Just a reporter doing work here… per my sources…

Matt Buschmann wasn’t forced to give the ball back but he handed it over to Zack Britton. @Busch26 told me:

“The Judge and Maris family have been flying all over the country. They deserve to have that ball.” #bluejays