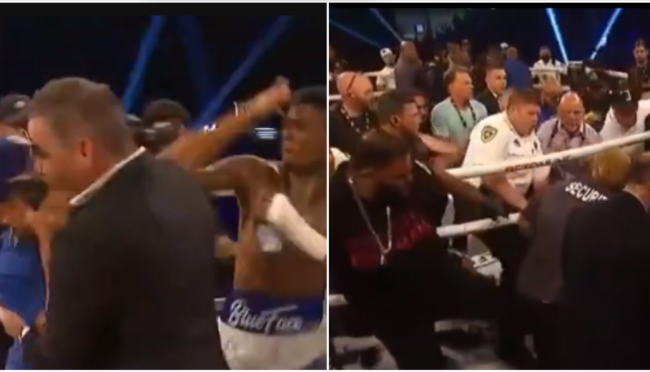 Something wild went down during BlueFace’s boxing debut at BKFC 19 on Friday night.

After beating down TikToker Kane Trujillo for three rounds, the LA-based got into a confrontation with an fan who walked inside the ring. BlueFace exchanged words with the fan before he started throwing punches and a wild brawl broke out inside the ring.

WE GOT AN EVEN BIGGER FIGHT AFTER THE #BOXING EXHIBITION ENDS!@bluefacebleedem throwing BOMBS!

The man was apprehended by police and escorted out of the arena after the altercation.