Wisconsin Man Sets World Record For Most Golf Played In A Year At 17,820 Holes, Or Nearly 49 Holes A Day 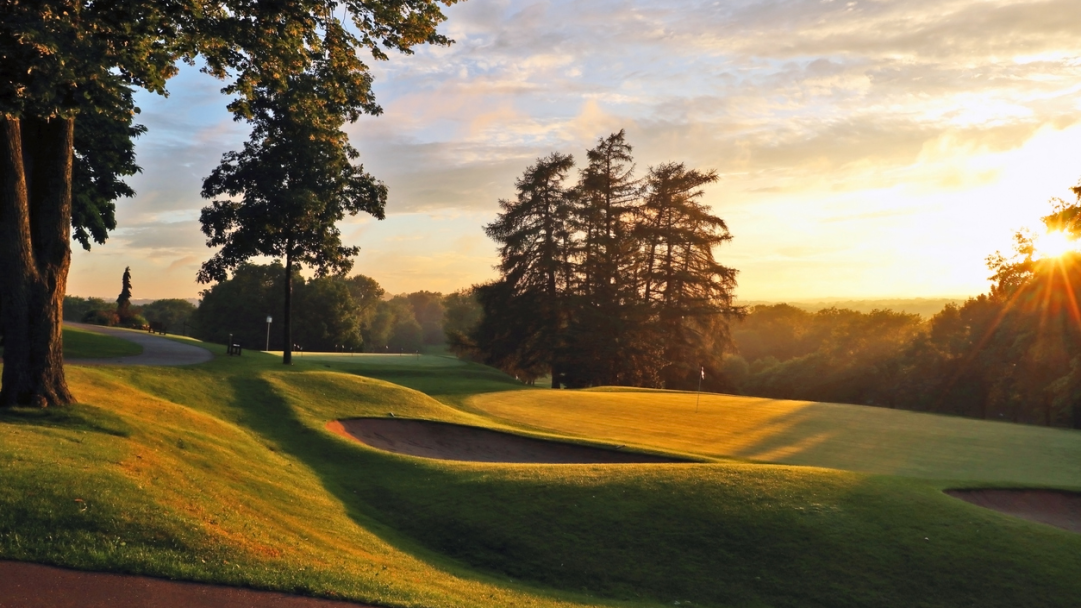 A Wisconsin man by the name of Nolan Krentz was presented with a plaque commemorating his new world record for the most golf played in a year. In 2021, Nolan played an astounding 17,820 holes of golf.

These are technically ‘unofficial’ records and won’t be found in the Guinness World Records book. That’s because GWR requires documentation in the form of witnesses and a logbook.

Wisconsin’s Nolan Krentz sets world record of Most Golf Played: 17,820 holes of golf in a year

According to Wisconsin.golf, Nolan Krentz played his final round of golf for the year on December 26th at a course in East Dubuque, Iowa. The total tally came to 17,820 holes, or an average of 48.8 holes of golf every single day of the year.

Norsk Golf Club in Wisconsin is his home course. It’s a 9-hole course and the bartender told Wisconsin.golf that Nolan’s “been playing over 15,000 holes every year since he was basically 20 years old.” He added “he’s in our parking lot an hour before sunrise. As soon as he can see anything at all, he’ll be out there playing. He plays the same nine holes over and over and over. I told him, ‘If you let me play Pebble Beach for the rest of my life, I don’t think I would play it that much.'”

How on earth does someone play that much golf every day for an entire year?!

Nolan apparently averages between 37 and 40 minutes for every 9 holes. He gets to his home course (Norsk) before sunrise. He waits until the sun’s up so he can see his tee shot and then takes off. Nolan doesn’t bother teeing it up on par 3’s to save time. He’s a scratch golfer and his best 9-hole score is 30.

In order to support this lifestyle he works a handful of shifts at the Hy-Vee Grocery Store and coaches the Boy’s and Girl’s Golf Teams at Mount Moreb High School as well as Boy’s Basketball at Iowa-Grant High School (seasonal). This affords him the flexibility to average over 48 holes a day!

In a single year, he completely wears down at least 1 push cart and between 1-2 pairs of golf shoes. During the Summer he averages 72 holes a day when the days are longer and there’s more sunlight. He averages a 20-mile walk on those 72-hole days!

His personal record for the most golf played in a single day is 144 holes played/walked. He did that a few years back and needed 16 9-hole runs at his home course Norsk. It was estimated that he walked 40 miles that day alone.

Norsk Golf Club in Mount Horeb, Wisconsin is his home course. It’s a 9-hole course that plays at Par 36. With the multiple tee locations, it can play 18 (different tees on each 9) at 5890 yards at its longest. There are three Par-5s and three Par-3s on the 9 hole track.

He’s on pace to break his record for the most golf player in a year AGAIN with over 18,000 holes

Nolan is on fire right now. He’s actually ahead of last year’s pace. He told Wisconsin.golf “the goal is 18,000, whether it’s this year or whenever. I’m 300 and some nine-hole rounds away (actually 286). Hopefully, Mother Nature cooperates. Three years ago, we had snow on the ground on Halloween. You just never know.”

Playing that much golf every single day is truly astounding. The fact that he hasn’t injured himself at some point with a weird step off the bunker or a tweaked knee from all that walking is incredibly impressive.

At some point, Guinness World Records will need to think about sending someone to verify his records because everyone at his course can/will vouch for him, according to reports.

The reports don’t mention any holes-in-one. I’d be curious to see what his odds of hitting one look like when he’s playing that much golf.