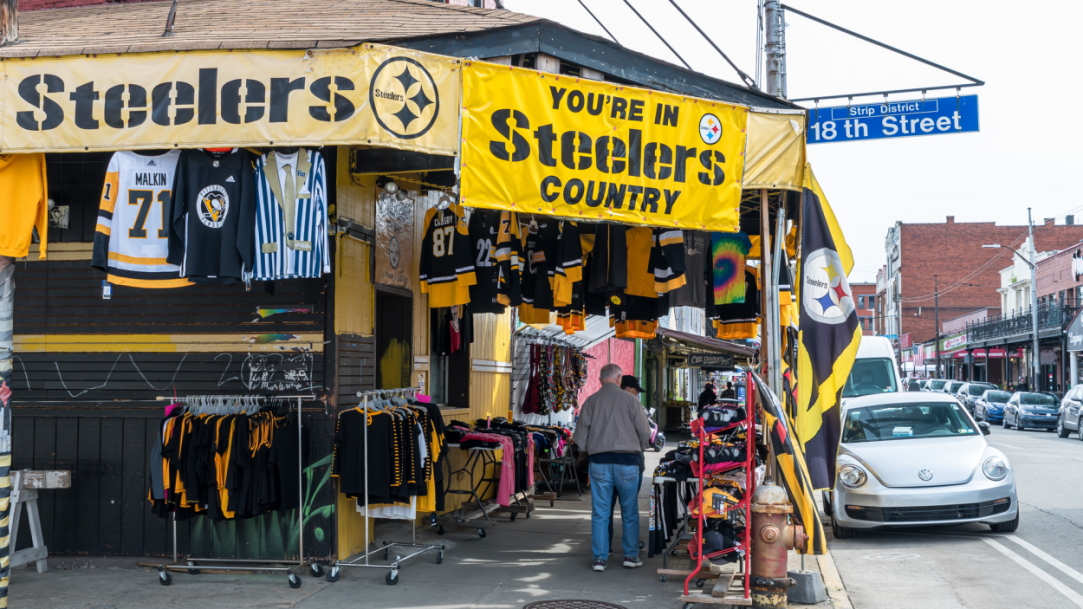 Henceforth, if you ever look up ‘yinzer’ online it should show this clip below. The actual definition of ‘yinzer’ is basically ‘a Pittsburgh native’ but it extends to the suburbs and some other areas in Western Pennsylvania.

This man is ‘yinzer’ through and through but don’t take my word for it. Mike Nicastro is the co-founder of ‘YinzerCrazy’ and he tweeted out this clip below with the caption ‘If any of you from outside of Pittsburgh were wondering, this is the DEFINITION of YINZER.’

Pittsburgh’s ABC Action News 4 interviewed this fella at some point and he compares the Pittsburgh Steelers‘ Immaculate Reception to 9/11, the JFK Assassination, and the Moon Landing. This is as Pittsburgh as it gets right here:

If any of you from outside of Pittsburgh were wondering, this is the DEFINITION of YINZER: pic.twitter.com/ymr1FXIjoJ

For anyone that doesn’t remember, The Immaculate Reception is one of the most famous plays in NFL history. It occurred on December 23, 1972 when the Steelers hosted the Oakland Raiders in an AFC Divisional Playoffs game.

The Steelers were trailing the Raiders with 30 seconds left when Pittsburgh QB Terry Bradshaw threw it deep to John Fuqua. But the ball missed, bounced off a Raiders defender and into the hands of Steelers FB Franco Harris who hauled it in for a game-winning touchdown.

It is such a seminal moment in Pittsburgh that the airport literally has a statue of Franco Harris on the way to baggage claim. So while this guy could’ve probably chosen his words more wisely and said ‘where I was when my kids were born, when my grandkids were born’ or something like that, it really illustrates the yinzer mentality.

If for any reason you need a further explanation of ‘yinzer’ beyond the Immaculate Reception guy, check this clip out from a few years back:

Pittsburgh is truly a special place.