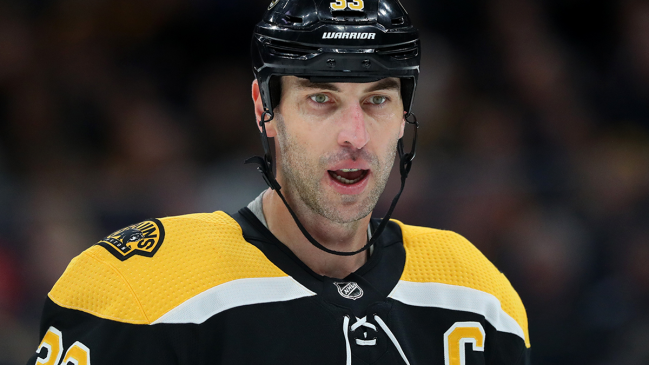 One of the more overlooked aspects of sports fandom is the fact that you’ll eventually find yourself routinely subjected to reminders concerning the inevitable passage of time.

For example, most people who watch college sports will eventually find themselves grappling with the quarter-life crisis that tends to occur when you realize you’re decidedly older than every single player on the roster, and if you grew up emotionally invested in a particular sport or team, it can be similarly hard to come to terms with seeing a player who defined your childhood walking away from the game for good.

That’s exactly what Zdeno Chara announced he was doing on Tuesday, as the 6’9″ defensemen who spent the bulk of his career with the Boston Bruins has decided to hang up his skates after a storied career that saw him play for four different teams over the course of 24 seasons.

The 45-year-old walks away from the game as a surefire first-ballot Hall of Famer who will likely have his number immortalized in the rafters at TD Garden after serving as the captain of the Bruins over the course of a 14-year stint where he earned five of his six career All-Star Game selections, won the Norris Trophy, and played an instrumental role in bringing the Stanley Cup back to Beantown for the first time since 1972.

Picking one play or achievement that defines a career that spanned close to a quarter of a century is no easy task, and there is no shortage of fairly iconic moments to pick from when it comes to attempting to distill the essence of the man known as “Big Z.”

For example, you could highlight the record-setting cannon he fired off during the Hardest Shot contest at the Skills Competition in 2012; the 108.8 MPH speed he posted remains the number to beat more than a decade later.

You could also take a glimpse at one of the many fights where Chara managed to make some of the people foolish enough to take on the tallest player in NHL history look absolutely silly.

However, what is arguably the best play of Zdeno Chara’s NHL career is also one he seemingly had no business pulling off in the first place

As a Bruins fan, I’ve fallen down a Chara highlights rabbit hole on YouTube more times than I can count. However, there’s one clip that simply never gets old thanks to the patently absurd move the big man was able to pull off to score what was undoubtedly the prettiest goal of his career.

The tally in question occurred when the Bruins faced off against the Panthers on the road on February 23, 2014. Boston was up 1-0 with around six minutes to go in the first quarter when Brad Marchand brought the puck deep into the zone before connecting with a trailing Chara, who defied space and time by pulling off a filthy spin move before depositing a backhand into the back of the net.

Thanks for the memories, Big Z.