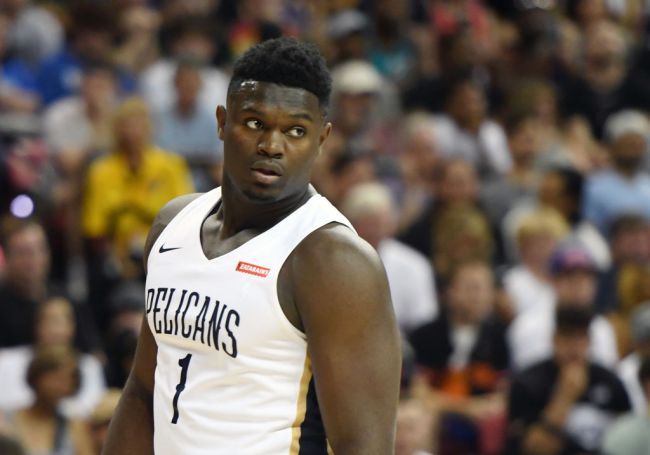 It doesn’t appear that Zion Williamson will be returning to the court anytime soon.

On Saturday afternoon, various reports revealed that Williamson had a setback in recovering from his surgically repaired foot and will be shut down from basketball activities for the time being.

Another setback for Zion.

The Pelicans' franchise player will be shut down for the time being as he rehabs from a broken foot. Williamson is still experiencing soreness, sources tell @ShamsCharania and @WillGuillory.

Pelicans’ Zion Williamson continues to experience soreness in his surgically-repaired right foot and is likely to be shut down from basketball activities for time being, sources tell me and @WillGuillory.

Zion Williamson will be dialed back in his rehab process from surgery on his fractured right foot. Williamson's bone has not healed the way the team expected and he will take some time off before proceeding, sources tell ESPN.

It's unclear when he will return to the court.

A few days ago, ESPN’s Tim MacMahon remarked that Williamson had ballooned to nearly 330 pounds while recovering from his injury.

“The number I’ve heard from several places about Zion is 70 pounds higher than 260. You do the math,”

It’s unclear whether Zion’s weight had anything to do with his injury setback, but the combination of the two probably means that there’s a good possibility tne Pelicans superstar will not play this season.