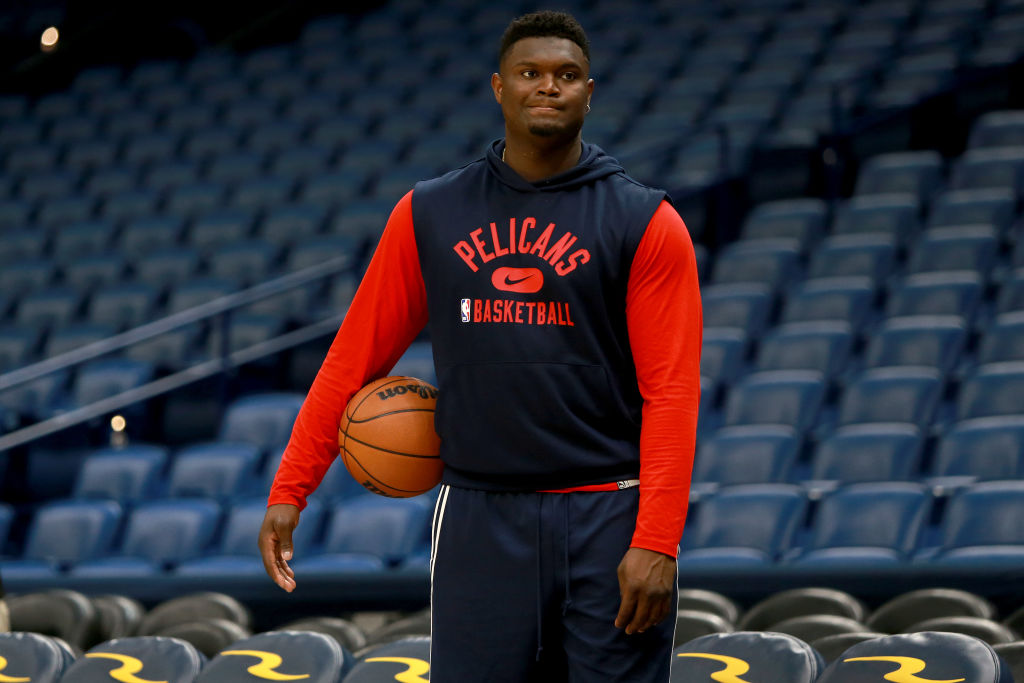 Zion Williamson just signed a massive extension to stay in New Orleans, and the Pelicans want to make sure their star keeps his weight in check.

Over the summer, the Pelicans re-signed Williamson to a 5-year, $193 million contract that could be worth up to $231 million if he hits his incentives.

If Williamson makes the All-NBA team or wins MVP or Defensive Player of the Year next season, it would trigger supermax escalator clauses that could up the total value of the deal to $231 million.

According to Christian Clark of NOLA.com, the Pelicans included a clause in Williamson’s contract to ensure he weighs less than 295 pounds. If Williamson comes in overweight, he may have to forfeit a lot of his guaranteed money.

Zion Williamson’s extension contains escalators that kick in if he makes All-NBA/wins MVP next season. It also contains de-escalators that are tied to his conditioning, sources tell @NOLAnews.

According to league sources, Williamson’s contract stipulates that he will have weigh-ins periodically throughout the entirety of his new deal. The sum of his weight and body fat percentage must be below 295. If it is not, the amount of guaranteed money in Williamson’s contract can be reduced.

There were rumors that Williamson had ballooned to 330 pounds while recovering from a foot injury last year, so it makes that the Pelicans would include a weight clause in his contract.