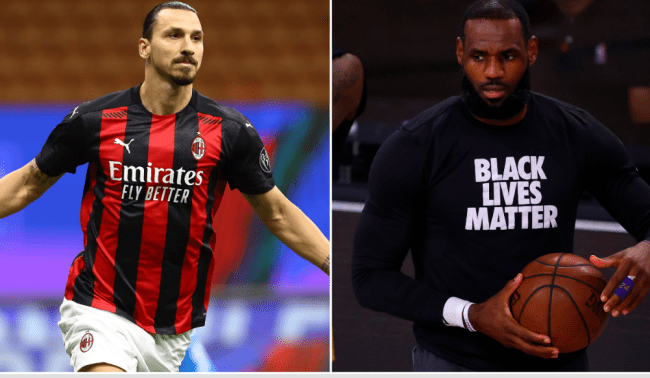 International soccer superstar Zlatan Ibrahimovic is not a fan of LeBron James’ outspokenness when it comes to politics.

During an interview with Discovery+ Sweden the 39-year-old A.C. Milan striker said he believes athletes and celebrities like LeBron should leave the politics for the politicians.

“LeBron is phenomenal at what he’s doing, but I don’t like when people have some kind of status, they go and do politics at the same time what they’re doing. do what you’re good at.”“I play football because I’m the best playing football, I’m no politician. If I’d been a politician, I would be doing politics. This is the first mistake famous people do when they become famous: for me it is better to avoid certain topics and do what you’re good doing, otherwise you risk doing something wrongly.”