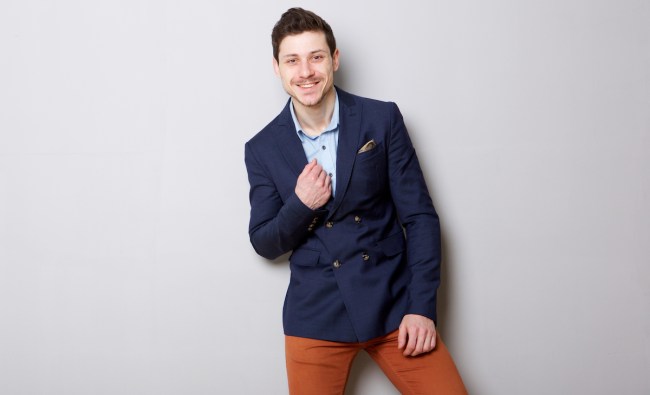 A well-made, tailored-to-you navy blazer is a non-negotiable to have in your closet.

While it may dredge up memories of being forced into your first jacket for family gatherings and events, or boarding school and Dead Poet Society extras, the navy blazer is such a staple of a rounded out wardrobe you should push aside any potential lingering feelings of dread or anxiety surrounding throwing one on.

Your house needs a foundation to stand, your wardrobe needs at least one decent blazer for business casual attire, dinners, date nights, or at least a feeble attempt to look less hungover than you are.

A hungover dude in a sweatshirt or wrinkled button-down doesn’t incite sympathy or concern. A bloodshot-eyed bro in a blazer just seems more dignified. Like he could have rolled off a flight from the Riviera and just barely made it to work with new numbers in your phone and Instagram models blowing up your DMs.

A navy blazer can go with everything from dress shirts and ties, polo shirts, and tees. The latter being my standard work uniform when I don’t want to go through the effort of sifting through my closet when I have an array of seasonal blazers staring at me than can effectively make me seem more like a contributing member of society.

Additionally, blazers can go with any of the bottoms that already exist in your closet like denim, chinos, and trousers in every fabric from wool to cotton and linen. In short, it’s pretty hard to screw up an outfit when you top it off with a blazer.

Hell, a navy blazer and tee with denim and New Balances has become the trademark look of certain start-up communities, preppy connotations be damned.

I’ve seen men try to attempt the denim and a suit jacket look and it’s wildly apparent what they were trying to do and it…just doesn’t work.

There are three tiers of jackets, and once you know the differences you’ll be hard pressed to mix them up, but you can just remember that blazers are more casual than a suit jacket and more formal than a sports coat.

A jacket has matching trousers that should be worn together. Suit jackets are more formal because they’re minimal and come without the bells and whistles that a blazer might include, like gold buttons or embroidery.

They’re also more fitted than blazers and aren’t meant to be layered.

Originally called ‘blazers’ because of the jackets associated with the Lady Margaret boat club of 1852 which were, well, blazing red.

The tradition continues to this day, and you can pick up heavily patterned and bright blazers if you want something a bit more eye-catching and fashion-forward (rowing blazers is doing a great job with this).

Blazers often have the obnoxious gold, naval-style buttons as a nod to their origins as jackets worn by boating club members and are durable enough to be worn as a top layer.

Conversely, a sports jacket is intended to be more rugged than a suit jacket or blazer and can come in tweeds and other rougher weaves, while including details like elbow patches.

It’s the least formal of the three and can fit a sweater underneath it.

To quote the inimitable menswear writer David Coggins, “If a gin martini is the one cocktail you should make with a sense of authority, then a well-tailored blue blazer is the article of clothing that should hang in your wardrobe, ready to ease you gracefully through society while setting the stage for your winning personality.”

While many of the men I have dated throughout the years would vehemently argue against any aspects of my “winning personality,” they find a hard time finding issue with my sweet blazer collection.

A tailored navy blazer is like the cheat code to a better wardrobe with minimal effort and maximum returns. Which, in a perfect world, is what we should all be striving for. 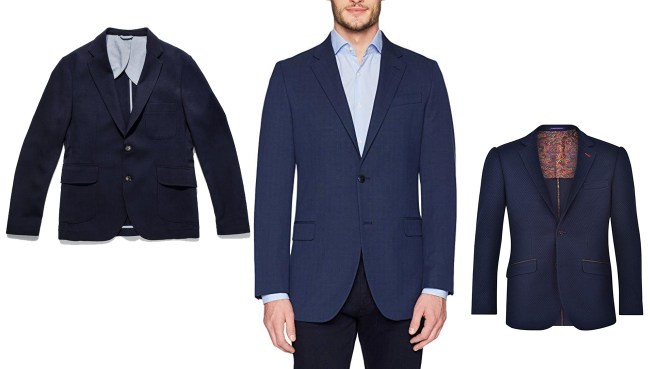 Sarah Solomon is a writer in NYC, and you can follow her on @sarahsolfails or her self-parody account, @urbanJAP. Pre-order her book Guac is Extra But So Am I: The Reluctant Adult’s Handbook here.