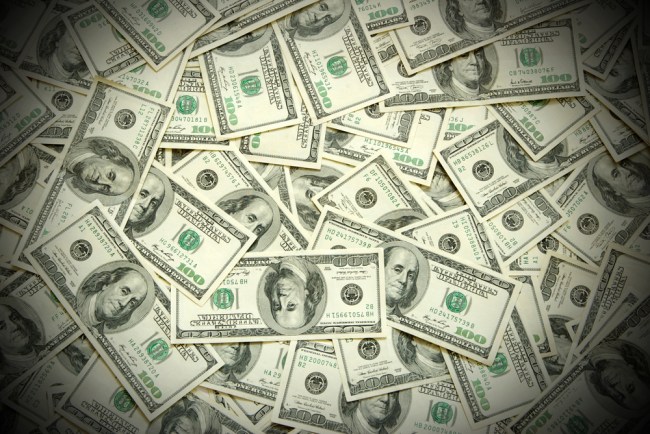 For a lot of people, the main purpose of a savings account is to temporarily store money that immediately gets transferred to checking when you look at your balance and realize just how reckless you’ve been with your debit card. I could just be projecting, but I have the feeling I’m not the only one.

I’m sure there are some people out there who use a savings account for, well, actually saving, but when you look at all of the options on the market, it’s basically the worst way to have your money work for you.

The average savings account has a yield of .06%, and finding a bank that offers a return that even comes close to a single digit is like finding a speakeasy that’s not staffed by a bartender with ironic facial hair. They exist, but you really have to look hard for them.

However, one company has burst onto the scene that plans to change the savings account game as we know it. Beam is a San Francisco-based company that is promising up to a 4% return on your money without any risk or investment knowledge necessary. I spoke with founder Yinan Du, who shed a great deal of light on how the current banking model is screwing over the customer and how Beam is helping make things right.

Du studied computer science and economics at MIT before graduating to Harvard Business School and eventually finding himself in the world of investment banking at JP Morgan Chase.

In his own words, he “know[s] how the banking engine works,” and he’s using it to his— and your— advantage. He says Beam is “the only bank that puts the customer first,” and went on to explain how it fully differentiates itself.

FIrst off, Beam isn’t a full-service financial institution— for example, you won’t be able to pay bills or receive direct deposits. Du describes it as “the Southwest Airlines of banks.” However, unlike Southwest, Beam forgoes any extensive marketing efforts, which allows them to increase the amount of interest you accrue (Du told me the average bank spends $350 per customer on advertising). They also don’t have any physical outlets, which allows them to save greatly on the overhead that most banks are required to shoulder. As a result, they can guarantee a minimum 2% return.

Those differences aside, Beam operates like a normal bank. They are insured by the FDIC for deposits up to $250,000 and invest their money into traditional commercial ventures just like any other institution. While those institutions average a 4.5 to 5.5% return (a figure that Du notes public banks openly— but quietly— disclose), Beam passes much of the interest on to the customer instead of shareholders.

It’s worth noting there is no minimum balance to maintain or any associated fees that come with opening an account. However, there may be an (as of yet undetermined) cap to how much you can deposit in total.

Interested in entering a new era of banking? Beam is currently accepting signups ahead of its anticipated launch in November. The sooner you sign up, the sooner you get access, so be sure to head over to Beam and reserve your spot.