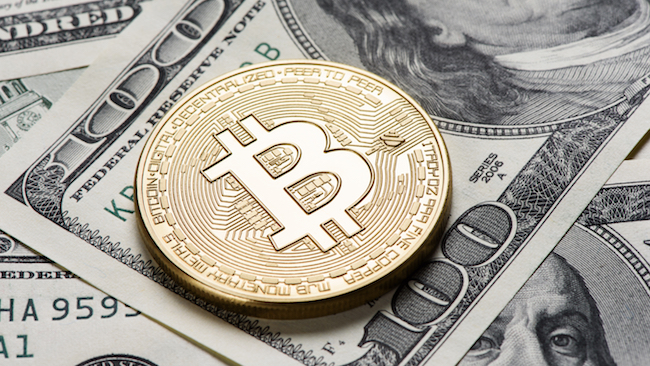 Cryptocurrencies received some good news and some bad news this week. First the good news: an SEC official said that Bitcoin and Ether are not securities. Now the bad news: research says that Bitcoin’s meteoric rise in 2017 was heavily fueled by market manipulation.

William Hinman, the director of corporate finance at the U.S. Security and Exchange Commission, gave a speech at the Yahoo Finance All Market Summit in San Francisco this week. Hinman broached the topic of cryptocurrencies and he said that Bitcoin and Ether are not securities and thus should not be regulated as securities.

“When I look at Bitcoin today, I don’t see a central third-party whose efforts are key factor to determining the success of that enterprise,” Hinman said. “The network on which Bitcoin functions is operational and appears to have been decentralized for some time. Moreover, putting aside the fundraising that accompanied the creation of Ether, based on my understanding of the present state of Ether, the Ethereum network, its decentralized structure, we believe that current offers and sales of Ether are not securities transactions.”

The digital currency world celebrated this news because this means that since cryptocurrencies are not considered to be securities and they will not be scrutinized as if they were securities. “We are glad the SEC agrees with our long-held analysis of how securities law applies to decentralized cryptocurrency networks like Bitcoin and Ethereum,” said Jerry Brito, executive director of Coin Center, a non-profit focused on issues facing cryptocurrencies.

Bitcoin is up around 5% on Thursday at the time of publication after suffering from a 90-day low on Wednesday. Now for the bad news. Researchers at the University of Texas say that at least half of Bitcoin’s astronomical rise late last year was caused by market manipulation. On December 17, 2017, Bitcoin hit an all-time high of $19,783.21 after having a price below $1,000 the year before. The 66-page paper documents reasons to believe the colossal growth did not stem from sudden investments but rather a coordinated price manipulation.

The report was written by John Griffin, a University of Texas finance professor who has a 10-year track record of spotting financial fraud, and graduate student Amin Shams. The two examined millions of transactions on cryptocurrency exchange Bitfinex, which is the primary Bitcoin exchange. In transactions between March 2017 and March 2018, the researchers discovered that traders were using Tether, another cryptocurrency, to finance Bitcoin purchases after large price drops to make it appear that Bitcoin was more stable than it actually was.

“These 87 events account for less than 1 percent of our time series (over the period from the beginning of March 2017 to the end of March 2018), yet are associated with 50 percent of Bitcoin’s compounded return, and 64 percent of the returns on six other large cryptocurrencies (Dash, Ethereum Classic, Ethereum, Litecoin, Monero and Zcash),” the paper states.

“Fraud and manipulation often leave footprints in the data and it’s nice to have the blockchain to track things,” Griffin told CNBC. “It was creating price support for Bitcoin, and over the period that we examined, had huge price effects. Our research would indicate that there are sophisticated people harnessing investor interest for their benefit.”