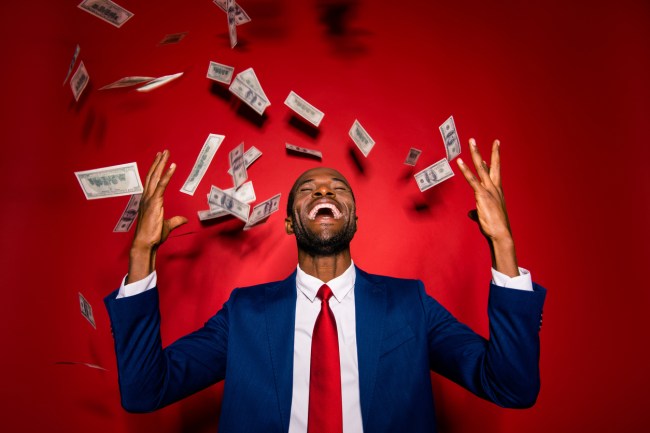 Cameron Johnson has been running a business since the age of 9. Each company has been different — he’s sold Beanie Babies on eBay, made custom party invitations, started an email service — and each venture has been more successful than its predecessor.

By the age of 18, and not even out of college, Johnson already had a million dollars in his bank account. He’s launched 12 profitable businesses and didn’t plan on slowing down.

He enrolled at Virginia Tech and lasted, well, not very long.

“I dropped out of Virginia Tech after my first semester there,” Johnson explains. “I love learning and actually love education, I just decided that 4 years in a classroom would cost me what would otherwise be 4 years in the business world.”

That same year, Johnson started an online marketplace for gift cards where people could trade them in for other gift cards or cash. The website was an instant success and Johnson was offered $10 million in venture capital.

These days, the Virginia native still has his hands in several business, has consulted Fortune 500 companies and speaks at conferences.

Q: What does it feel like to see a million dollars on a bank statement?

No different than seeing $999,999. For me, money is just a byproduct of the value you provide to others – whether it’s through a product, a service, a website, or any other business. It’s the reward not the sole purpose of any business.

Q: How long did it take you to make your first million and what is the biggest piece of advice you can give to a new investor on how to get there as fast as possible?

I started my first business at the age of 9 and by the age of 12, I was making $50,000 per year selling Beanie Babies over the Internet. I started 12 profitable businesses by the age of 21 and had made my first million before graduating high school.

Q: When did you first realize “this business idea is going to work?”

Most of my businesses started very small. Of course this is partially because I was very young and didn’t have any outside money or investors, but I believe that ultimately helped me. By starting small, with very little money then we grew using our own profits. Each business grew upon the previous one and they were all profitable. Of course if I had borrowed money, or taken on investors, then the profitability would have been far less.

Q: How many times did you fail before finding something that worked?

I can’t say that I didn’t make any mistakes, but I can say each business was profitable. So from that statement it looks like they were all a success. That’s not entirely true either as there were several businesses that I thought when starting them, that they would become super successful and they did not. They were profitable, which is terrific – I didn’t lose money, but they might not have lived up to the expectations I had for them.

Q: If you could tell a person new to investing one piece of advice about investing or money management, what would it be?

I’ll take this one from Warren Buffett’s playbook and say, “Buy what you know.” I started investing in the stock market at the age of 12 and I started with well known companies that I knew and understood. My first purchases were Disney, Dell, Toys R Us, etc.

Q: Name one mistake you made with your money?

I’m a very frugal guy when it comes to spending money and investing. I know how much time and effort it took to make that dollar and if anything, it makes me normally a conservative investor. I do splurge on travel and think it is one of the best educations. There are business lessons to learn in every city/country you visit as well.

Q: What’s the one assumption strangers usually make about you?

This is an interesting question because I’d say most people’s opinions are formed either before they meet you, or in the first 30 seconds after doing so. This is also different based on the other person’s own experiences. If they are a businessperson themselves, they would have a different opinion than someone who is judging from the outside who has never been an entrepreneur. There’s no such thing as “hitting it big” or finding success overnight. I’d argue that almost always, that person worked extremely hard and did so when people doubted them and when they weren’t recognized and didn’t make any money. Any successful athlete or musician must work very hard and that’s no different for business people.

Q: Is there a book, movie, quote who changed your life?

When I was 8 years old, I read Donald Trump’s first book, Art of the Deal. As a kid, I knew I wanted to go into business for myself so I looked up to any and all successful business people such as Donald Trump, Michael Dell, Bill Gates, Richard Branson, and the list goes on.

Q: How important is a mentor?

In my book You Call the Shots, I have an entire chapter dedicated to the title of “Find Great Mentors.” For me, a mentor doesn’t have to be someone you meet for coffee every week – a mentor can be someone you study and look up to through their public writings, interviews, or even their books/biography.

“I do splurge on travel and think it is one of the best educations. There are business lessons to learn in every city/country you visit as well.”

Q: Did you set out to become a millionaire or did you have another goal?

I never set out to make my first million before graduating high school. The money was always a byproduct of my success and I learned early to never “chase the money” or you lose focus on what your true goal is – which in my case, was just building something.

Q: Do you think in the future it will be easier or harder to become independently wealthy?

Contrary to the negative you hear, see, or read, I believe there have never been more opportunities than today. It’s never been easier, cheaper, or faster to start a business. It’s still going to take an incredible amount of dedication, passion, and hard work – but the opportunities are everywhere.

Q: Name a specific characteristic a person needs to have to become successful?

Q: If there was no little to no money involved with what you do, would you still do it?

Sure, I always look for what excites me and that’s what matters the most. I also think there’s money to be made and I’d compare that to social entrepreneurship.

Q: If you could start with nothing and do it all over again, would you?

Yes, and I bet I could do it even faster.

If you feel your personal story deserves to be told, reach out here.