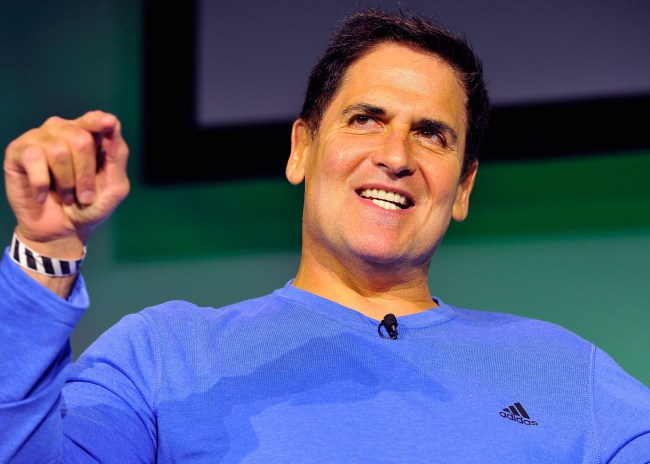 Mark Cuban has a net worth of $4.1 billion and has earned his extraordinary worth with a number of different businesses in a variety of industries. Cuban is the owner of the Dallas Mavericks, co-founder of 2929 Entertainment, owner of Magnolia Pictures, an entrepreneur on ABC’s Shark Tank, at 32-years-old he sold is software MicroSolutions for $6 million, co-founded the internet radio company Broadcast.com, and the owner of search engine IceRocket. Then there are all of the businesses that Cuban invests in on in Shark Tank.

With all of his experience in so many different industries, there is one business that Cuban would start if he had the choice. Last week, at SXSW in Austin, Texas, Cubes revealed the one specific type of business that he would want to get into and it has to do with smart home technology and artificial intelligence.

“If I were going to start a business today, I’d build it around Alexa and Google Home,” he told Recode’s Peter Kafka at the South by Southwest conference. Cuban is enamored with the potential of virtual assistants especially with the advancements of AI.

“Alexa skills and scripting Alexa skills is really, really easy. But everybody thinks it’s really, really hard. And so that disconnect is a great opportunity. And so I told my kids (and) other kids, learn how to script, and just go get your neighbors and set up all of these Alexa tools and you’ll make $25, $30, $40 an hour,” Cuban said.

“I mean, I get it on Amazon and Microsoft and Google, and I run their tutorials. If you go in my bathroom, there’s a book, ‘Machine Learning for Idiots.’ Whenever I get a break, I’m reading it,” Cuban said.

Cuban is sold that AI is going to be the next big thing. “As big as PCs were an impact, as big as the internet was, AI is just going to dwarf it. And if you don’t understand it, you’re going to fall behind. Particularly if you run a business,” Cuban explained. “If you don’t know how to use it (AI) and you don’t understand it and you can’t at least at have a basic understanding of the different approaches and how the algorithms work, you can be blindsided in ways you couldn’t even possibly imagine.”

Guess this is all just a pipe dream because it’s not like Mark Cuban has a billion or four to invest in a new AI business that worked with virtual home assistants. Oh well, poor Mark Cuban.