Someone Won $530 Million Mega Millions Jackpot, Advice From Mark Cuban and Kevin O’Leary On What To Do If You Won The Lottery 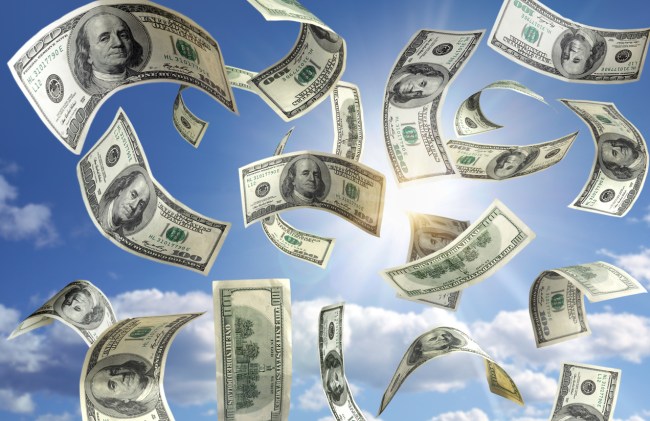 If you’re reading this it’s too late. Someone won the $530 million Mega Millions jackpot. And if you didn’t buy your ticket from a liquor store in San Diego, then you didn’t win the life-changing lottery.

On Friday night, the winning numbers for the 44-state Mega Millions lottery were drawn: 17, 19, 27, 40, 68 and the Mega number was 2. One lucky person had all six numbers, meaning they won the $530 million jackpot. To win the huge payday, the winner beat the seemingly insurmountable odds, which was 1 in 302,575,350. This was the first time that all six numbers were hit since New Year’s Day.

The winning ticket was purchased at a liquor store in San Diego, California. Three other lucky individuals got five numbers, but didn’t get the Mega number. They are from Arizona, California and Washington state. That lottery player won $1,143,154.

The Mega Millions winner now must decide on how to receive their winnings. They can elect to take the entire estimated $530 million jackpot in 30 annual installments or a lump sum $345.2 million before taxes.

So what should the winner do with all that cash? Why not get the advice from some successful business people who know a thing or two about wealth?

Kevin O’Leary is a Shark Tank host as well as a financial expert and investor. He advises lottery winners to take the lump sum, but don’t spend it. “Pay yourself an annuity,” he told CNBC’s Make It. “Put the excess cash flow to work for you. More money up front means more money to invest and grow.” He adds, “Pay off your debts.”

O’Leary says, “You’ve won financial freedom, don’t screw it up!” The problem is that it’s very easy to screw it up after winning the lottery. In fact, approximately 70% of people who win the lottery or inherit massive sums of money end up broke after only a few years, according to the National Endowment for Financial Education. A study found that lottery winners are more likely to declare bankruptcy within three to five years than the average American.

Mark Cuban says the first thing you should do is to hire a tax attorney. He warns that any big lottery should not take the lump sum because it can be dangerous due to all of the temptations. “You don’t want to blow it all in one spot,” the Shark Tank host told the Dallas Morning News in 2016.

The owner of the Dallas Mavericks advises that the winner plays it extra safe with the newfound money and to stay away from investments. “You don’t become a smart investor when you win the lottery,” Cuban said. “Don’t make investments. You can put it in the bank and live comfortably. Forever.”

Cuban says no only is avoiding investments the wise move because of financial security, but there’s also a mental benefit since “you will sleep a lot better knowing you won’t lose money,” Cuban says.

When your old college roommate who you haven’t talked to in a decade comes around asking for money or for you to invest in their cousin’s idea for a Fyre Festival for cats you need to say, “No.” “Tell all your friends and relatives no. They will ask. Tell them no,” Cuban says. “If you are close to them, you already know who needs help and what they need. Feel free to help SOME, but talk to your accountant before you do anything and remember this, no one needs 1m dollars for anything. No one needs 100k for anything. Anyone who asks is not your friend.”

However, she notes that taking the annuity is “typically a smarter choice for the average person who doesn’t have experience managing and investing significant sums of money.”

Suze also warns of how your new wealth could affect relationships with your friends and family. “[If] you’re surrounded by a family, by friends, by people that you are going to feel guilty that you have so much money and they don’t, take the annuity,” Orman says.

Now that you have all this wise advice from great investment minds, all you have to do is win the lottery.