After This Year’s NYE Concerts, Phish Has Now Made More Money At Madison Square Garden Than Most Knicks Players Ever Have 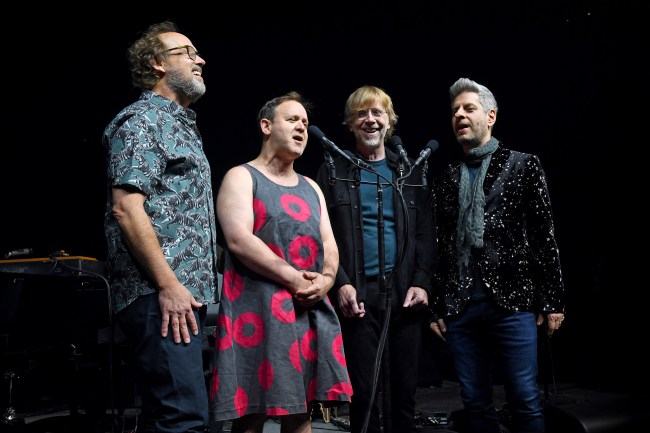 Once again, tens of thousands of bearded wooks crowded into the seats of Madison Square Garden for a 4-night New Year’s Eve run by the Phish from Vermont™. Casual New Yorkers were left wondering why the area around MSG suddenly sounded like a State Fair with nitrous tanks filling up balloons left and right and bearded wooks wandering the streets after Phish finished their show each night.

This year marked the fifth consecutive NYE that Phish played MSG. It’s their home away from home. The band’s lead singer + guitarist Trey Anastasio lives in the city. He recently remarked that the band’s relationship with MSG these days has surpassed their relationship with Nectar’s in Burlington, Vermont. The bar/venue where the band got their start a lifetime ago.

Why am I writing about any of this? Well, it’s interesting to see just how much money they’ve earned. Phish has brought in a literal fortune from just their Madison Square Garden concerts alone.

Billboard published a report of the band’s earnings and it is astounding. For their 4-night run at MSG over NYE they earned $6.7 million this year (in 4 days!!!). In total, they’ve ended the year at MSG on 13 occasions and this year they eclipsed $50 million in earnings on those NYE runs alone.

The jam band kings returned to the New York arena for the fifth consecutive NYE bash and earned $6.7 million, selling 76,079 tickets across four shows according to figures reported to Billboard Boxscore.

Ringing in the new year with Phish at MSG has become a tradition. While this was the fifth year in a row of their annual four-show run, it’s the 13th occasion throughout their career playing the Manhattan arena on Dec. 31. That run dates to two shows on Dec. 30-31, 1995, where the band grossed $1 million from 36,504 tickets sold. Altogether, their 13 MSG year-end engagements have totaled $52.8 million and 849,285 tickets. Adding in the band’s New Years shows at Miami’s American Airlines Arena (2003, 14), Boston’s TD Garden (1996), and Florida’s Big Cypress Seminole Indian Reservation (1999), Phish has earned $73.4 million.

There are currently 11 players on the New York Knicks roster getting paid less this season than Phish made at MSG in just 4 nights.

Every New Year’s Eve that they perform they bust out a ‘gag’ for the fans. This year’s was wild and it culminated with Trey stuck in the area and people shitting their pants. Here’s the band’s footage of that.

Relative to the vast majority of diehard Phish fans I haven’t been to all that many shows. I’ve been to just shy of 85 concerts. I saw them a few times in 2003 before they broke up and then I tried to make up for lost time when they got back together in 2009 (and on) and I’ve spent a comical amount of money following them around everywhere from Miami to Boston, and Indio, California on down to Mexico. They’re my favorite band and it’s not even close, but that should go without saying.

All that for these guys who used to use hockey sticks as microphone stands, the same hockey sticks they busted out for their NYE gag a few years back at MSG. One of my favorite NYC concerts of theirs.

It’s not surprising at all that they’ve now eclipsed over $500 million throughout their career but it is still such a massive number that I’m having trouble wrapping my mind around it. Good for them. I’m sure they’re just as shocked to see that massive $$$$$ as anyone.