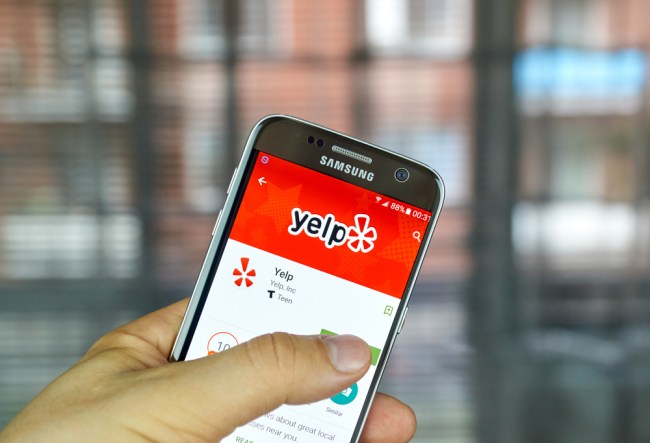 Celebrity chef José Andrés runs an empire of 26 restaurants across the globe. In 2016, he received 2 coveted Michelin Stars for his restaurant minibar by José Andrés in Washington D.C. which features a tasting menu of 25 courses. Other awards include ‘Outstanding Chef’ by the venerable James Beard Foundation in 2011, Bon Appetit‘s ‘Chef of the Year’ in 2004, and TIME named him ‘one of the world’s 100 most influential people’ back in 2012.

That’s an INSANE amount of success for a chef who is only 48 years old, but this is celebrity chef José Andrés we’re talking about and he’s one of the best the world has ever seen. You’d think that a man like that who has basically summited the Mt. Everest of his field and is considered by all to be one of the best chefs on the planet wouldn’t be concerned with criticism, but you’d think wrong.

Recently, chef José Andrés appeared on Business Insider‘s “Success! How I Did It!” podcast where he spoke about how he continues to read the Yelp reviews for his restaurants every single day. I thought what he had to say about criticism was pretty interesting because it’s a lesson that can be extrapolated to every profession:

“And then he’s José the businessman, who says, ‘Man, this is free advice that I should thank the person for, taking the time, and this we will use to communicate.’ Every day on my phone, I receive reports of every restaurant, social media, comments in-house by the guests. We use them. We don’t use them every day, but sometimes maybe something needs immediate attention and other things is information you put together and then three, six months later, you say, ‘Listen, look at the pattern here.'”
…
….
…
“You’re in partnership with them to a degree. They are your partners. When they invest money in your restaurant, they are your partner. So you want to believe that they have the best intentions when they tell you something. We cannot keep seeing the people coming to our business as the guests or the customers: They are our partners. They don’t know it, but we need to take them like they are the best partner we have out there. And then the business model changes completely because you don’t see what they say as bad criticism but you are trying to see if there’s a partner that is trying to make the business better. And then is wonderful the things you can accomplish.”

Man, I respect the shit out of someone who can read the comments every day and not lose his mind. That’s a skill I do not possess.

I highly suggest checking out the full podcast on Business Insider by following that link. If you haven’t listened to it before, it’s pretty great stuff and it’s a little different from the
podcasts that you’re used to.