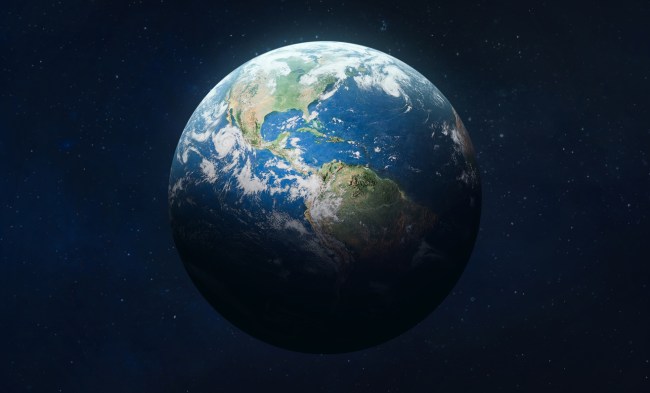 Does time feel like it flies by? Well, the shortest day ever was recently recorded. Science says that the Earth is spinning faster than ever. However, scientists aren’t exactly sure why – which is not really comforting.

A day on Earth lasts typically 24 hours since it takes the planet 8,640,000 milliseconds to complete a full rotation, according to Space.com.

Utilizing highly precise atomic clocks, scientists at the National Physical Laboratory in England recorded the shortest day ever on June 29 – the planet made a full rotation in 1.59 milliseconds less than the average 24-hour day.

Earth’s rotation often fluctuates fractions of a millisecond from day to day, but it never registered this significant of a difference.

The Earth had been spinning more slowly and taking longer to complete a full rotation with every passing century.

However, the Earth has completed rotations quicker in recent years. The shorter days mean that the Earth is spinning faster.

The website Time and Date reported in December 2020 that the Earth experienced its 28 shortest days since accurate atomic clocks first started being used in the 1960s. On July 19, the Earth finished a rotation in 1.4602 milliseconds less than 24 hours.

On July 26, 2022, the Earth recorded its second-fastest rotation in 1.50 milliseconds shorter than 24 hours.

Why is Earth spinning faster? Scientists aren’t entirely sure as to why, but have some possible explanations as to why days are getting shorter.

Meta engineers Oleg Obleukhov and Ahmad Byagowi believe Earth could be spinning faster because of the constant melting and refreezing of ice caps on the world’s tallest mountains.

“It is all about the law of conservation of momentum that applies to our planet Earth. Every atom on the planet contributes to the momentum of the earth’s angular velocity based on the distance to the rotation axis of the earth,” Obleukhov and Byagowi told CBS News. “So, once things move around, the angular velocity of the earth can vary.”

Scientist Leonid Zotov – who works at works for Lomonosov Moscow State University – believes that the shorter days could be caused by Earth’s tides.

Australian astronomer Fred Watson told ABC, “When you start looking at the real nitty gritty, you realize that Earth is not just a solid ball that is spinning. It’s got liquid on the inside, it’s got liquid on the outside, and it’s got an atmosphere and all of these things slosh around a bit.”

Phys.org noted, “The Chandler wobble is a small variation in the rotation of the Earth on its axis. It has been known for some time that the phase of the Chandler Wobble jumped by 180 degrees in the 1920s, but a new study by scientists at the Russian Academy of Sciences has found that the same thing also happened in 1850 and 2005. But no one knows why.”

Zotov said, “The normal amplitude of the Chandler wobble is about three to four meters at Earth’s surface, but from 2017 to 2020 it disappeared.”

Earth Now explains, “The wobble is minuscule. It’s just 20 feet in deviation at the North Pole. It’s also periodic. This means it takes 433 days to fully complete a deviated wobble.”

The Guardian reported, “According to NASA, stronger winds in El Niño years can slow down the planet’s spin, extending the day by a fraction of a millisecond. Earthquakes, on the other hand, can have the opposite effect. The 2004 earthquake that unleashed a tsunami in the Indian Ocean shifted enough rock to shorten the length of the day by nearly three microseconds.”

Scientists have attempted to deal with the planet spinning slower and faster by adding 27 leap seconds since atomic clocks were used to determine the speed of the Earth’s rotation – the last occurred in 2016.

Just one more potential catastrophe for you to be saddled with as you are still attempting to process the past three catastrophes.

Earth is spinning faster than it has in the last half-century, igniting a fiery debate about what we should do to keep the world on track. pic.twitter.com/3v0A6ru1gI