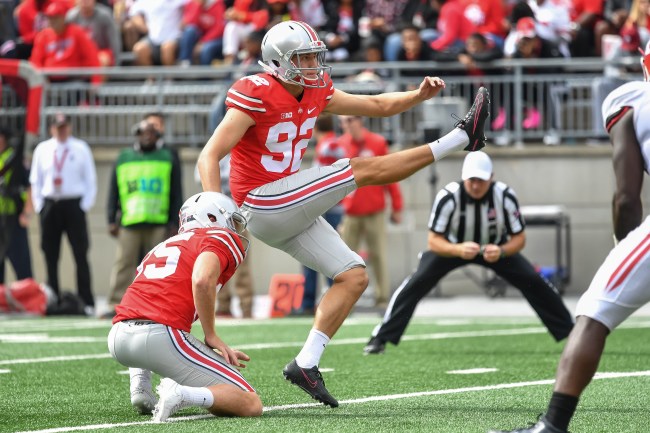 In the midst of every colossal collective failure throughout time, the search for a scapegoat to be the icon for defeat remains. The Colts did it after the AFC Championship a couple years ago when they blamed getting bamboozled in every phase of the game by the Patriots on the softness of their footballs. I do it every time I get shut down at the bar by claiming the girls just weren’t drunk enough to accept my advances. It’s why families of the murdered always believe the person on trial is guilty, even if the evidence doesn’t support this belief (See: Steven Avery). Finding a culprit for a distress situation is the best way to heal and move on.

And that’s exactly what happened after the Buckeyes got shut out by a superior Clemson team in the Fiesta Bowl, 31-o. An Ohio State fan sent kicker Tyler Durbin a scathing email following the loss because who better to blame than the poor kicker? Mind you, Durbin was excellent the entire year (save for a couple shanks against Michigan)– hitting 17 of 22 field goals and earning a third-team All-Big Ten selection. But, like no other position in any sport, a kicker’s reputation rests on the next kick.

Check out this dickwad’s email. 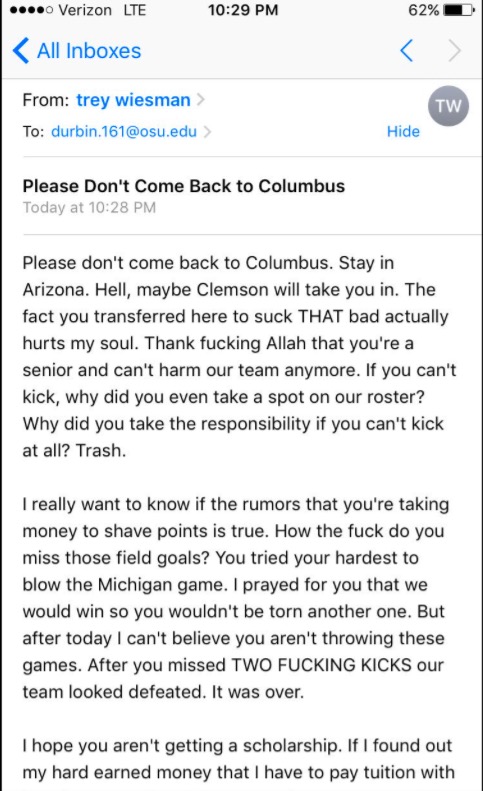 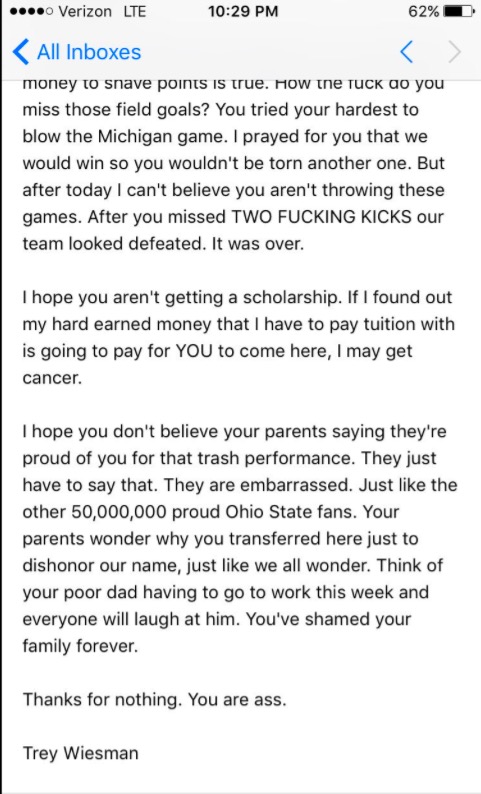 This dude obviously thinks field goals are worth 16 points.

The email was met with widespread disapproval, evident in a follow-up email another OSU sent Durbin after seeing the one above. 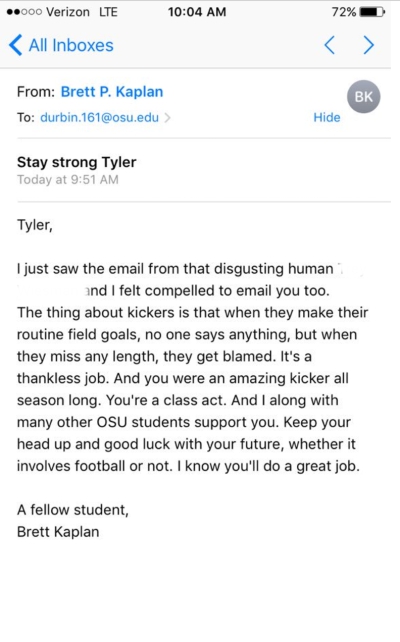 I’m a big proponent of publicly identifying the dude who ranted to Durbin and having him kick a field goal in a one score game next season. Every pumping heart in America would tune in to see that catastrophe.