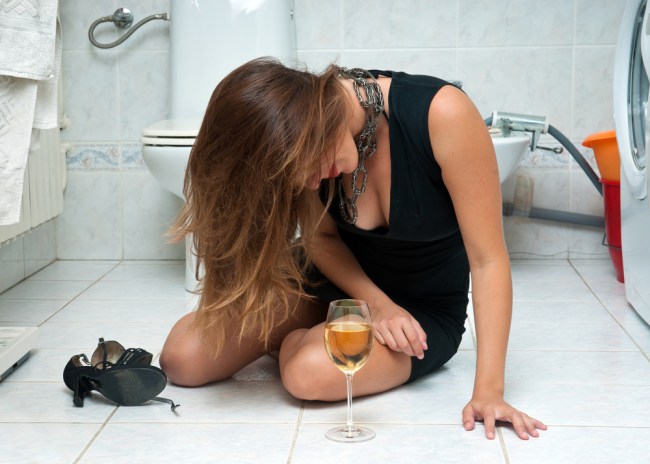 What did you do on Monday? Remembering Martin Luther King Jr.’s legacy? Watch President Obama celebrate the Chicago Cubs at the White House? Wind down from a long weekend? Watch some NBA games? Do your laundry, perhaps grab a quick lunch with a friend?

That’s not how 21-year-old Indiana University student Megan Hinds spent her MLK Day. She went on a bender of all benders, ending when she tried to allegedly steal food from a Jimmy John’s in Bloomington. The cops were called and she ended up hitting them in the struggle. Now she’s facing a felony battery charge. via IDS News:

At about 6:30 p.m. officers responded to a call from the sandwich shop at 430 E. Kirkwood Ave. about a woman trying to steal food, Bloomington Police Department Capt. Steve Kellams said. When officers arrived employees pointed them to Hinds, who was still sitting at a table inside the restaurant and appeared intoxicated.

The employees told police Hinds had come into the store, grabbed a loaf of bread and started eating it without paying. She then started trying to take bags of chips and other items, and when employees tried to stop her, she struck several of them.

Police determined Hinds was intoxicated enough to warrant calling an ambulance, Kellams said. While they waited, Hinds continued to verbally abuse the officers and eventually started striking and scratching them.

The ambulance arrived to take her to IU Health Bloomington Hospital. En route she began striking and scratching one of the ambulance personnel, Kellams said. She arrived at the hospital, and after she was checked out, she was taken to the Monroe County Correctional Center.

Just going to go ahead and say that it’s probably time to pump the brakes on your partying if you’re that blackout drunk at 6:30 p.m. on a Monday of a three-day weekend. I don’t care how young and savage you are — That’s a day for rest and recovery, not a debaucherous tear through downtown.

That’s straight self-destruction. And now you have all the fun of dealing with the criminal justice system since you had no chill around the 5-0.

Didn’t you learn a lesson from the legacy of Iowa’s Vodka Sam?