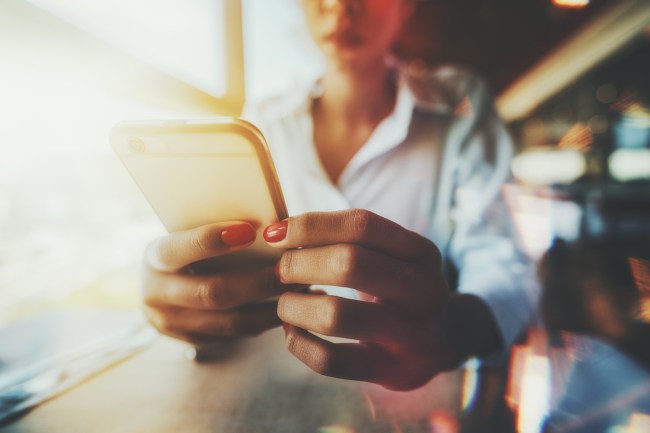 There have been no shortage of conspiracy theories in 2020 because people will believe what they want to believe. Apparently, some people want to believe in time travelers from the current day who go back to the 19th century and bring along an iPhone. Hope she also brought along her sports almanac.

Ferdinand Georg Waldmüller was an Austrian painter, one of the most important Austrian painters of the Biedermeier period, the transitional period between Neoclassicism and Romanticism. In 1860, Waldmüller painted “The Expected One,” painted by c. 1860, the 160-year-old painting depicts a young woman with her head tilted down walking through the woods down a dirt path while holding an iPhone 12. Wait. What? Well, some people are convinced she is holding an iPhone 12. Maybe if you’re a time traveler going back to the 1860s, maybe you could do Abraham Lincoln a solid and give him a heads up to skip the trip to Ford’s Theater?

In the painting, a young man awaits her and is holding a pink flower in his hand, but the girl is too busy doomscrolling on Twitter to notice him or his romantic gesture. At least that’s what some on the internet believe. 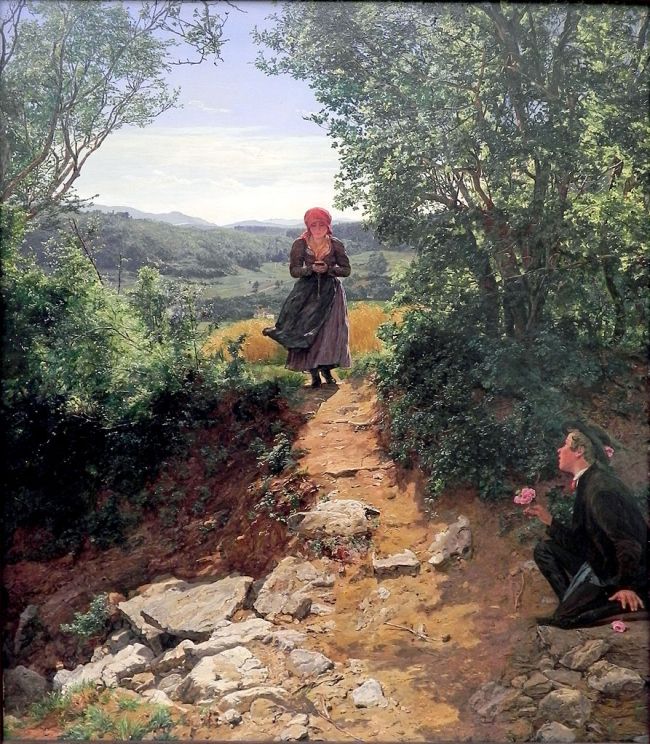 Others are not as convinced she is a time-traveling woman with a smartphone. Gerald Weinpolter, CEO of the art agency austrian-paintings.at, told VICE poured cold water on the Back to the Future-esque possibilities. “The girl in this Waldmüller painting is not playing with her new iPhone X, but is off to church holding a little prayer book in her hands,” said Weinpolter, which is exactly what someone covering for time travelers would say.

Peter Russell, a retired local Glasgow government officer, remarked how a century and a half completely changes the perception of everything. “The big change is that in 1850 or 1860, every single viewer would have identified the item that the girl is absorbed in as a hymnal or prayer book,” Russell said. “Today, no one could fail to see the resemblance to the scene of a teenage girl absorbed in social media on their smartphone.”

There are some issues with this conspiracy theory, most notably, you’ve got an iPhone but you might have a problem getting a quality signal since there aren’t any cellphone towers. Also, don’t expect to do much internet browsing in 1860 since WiFi doesn’t exist yet. So enjoy using your iPhone in 1860 as a flashlight, utilizing the calendar, or you could play Cut the Rope game. But you had better put your phone on energy saver mode because you won’t be able to charge up your phone unless you also packed away a Mr. Fusion.

A year ago, there was a conspiracy theory claiming that a photo from 1898 showed climate change activist Greta Thunberg.